A sexless marriage, or "dead bedroom," is something many couples struggle with. Fortunately, it's possible to keep passion alive with a little effort.

A psychologist from Chapman University and a team of researchers from multiple fields have recently published one of the largest studies so far about factors that affect sexual satisfaction in long-term relationships. The study looked at over 38,000 heterosexual, married or cohabiting men and women who had been in their relationship for three years or more. What the researchers found was that although 83 percent of people reported they had a good sex life during the first six months of their relationship, only 43 percent of men and 55 percent of women felt satisfied with their present-day sex life.

This decline in satisfaction can be attributed to a large number of factors, from work stress to low libido to medical issues such as erectile dysfunction and menopause. However, the researchers found that the biggest predictors that a couple will keep passion alive include good communication, intimate behavior such as cuddling and kissing, trying new things and making time to set the mood.

Sexual satisfaction is very important for relationships as well as for general happiness. In fact, a good sex life can cause up to a 20 percent increase in overall life satisfaction. If you're in a long-term relationship, the following tips can help you keep your sex life from dying out, or revive it if it has already declined.

Tips for a Passionate Marriage

Don't give up on sexual satisfaction

A dead bedroom isn't a death sentence; it's a temporary problem that can be solved if you put in the effort. It also can take time to rekindle the flames, so be patient. 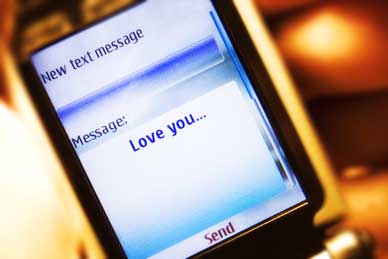 Simple physical expressions of love, such as cuddling and kissing, are great for your relationship. In addition to making you and your partner feel loved, it can also help you feel friskier. Verbal expressions of love, including saying "I love you," flirting with your partner, or sending a suggestive text message are useful in fanning the flames. However, it's important to also express love outside of the bedroom. Acts of service, giving gifts and spending quality time together strengthen the bond between you two.

Make the effort to set the mood

Life can be busy and stressful. Don't let this stop you from making time to make love. Foreplay, romantic music, candles and weekend getaways all help keep the passion alive.

New sexual positions, sexual acts you haven't tried before or don't do very often, new lingerie and new locations are all great ways to maintain novelty in the bedroom.

Don't stress about it too much!

Sexual dissatisfaction is a solvable issue. When you're in the process of trying to regain the passion you once had, it's best not to worry or obsess about it all. Furthermore, don't worry about trying to reach some magic number; there is no amount of sex that is "normal." Some couples need sex every day, other couples are happy with once a month. What matters is that both you and your partner feel satisfied.

Counseling can be necessary, especially if there are other unresolved problems in your relationship that preclude you from having a loving sex life, such as unresolved arguments and resentments. Or, if you've already tried everything in the hopes that your partner will reciprocate, and he or she still isn't willing to give you the sexual satisfaction you need, counseling may help you two sort things out.