Why Men Avoid the Doctor: The Link Between Masculinity and Seeking Medical Help

When it comes to health, men typically fare worse than women. Men are at a greater risk of suffering from 15 of the leading causes of death than women including cancer, liver disease and heart attack. In fact, according to the American Cancer Society in a given year an estimated 710,000 men will develop cancer as opposed to 660,000 women. Men also die at least twice as often as women from accidents, liver disease and suicide, and are more likely than women to consume more than five alcoholic drinks daily. 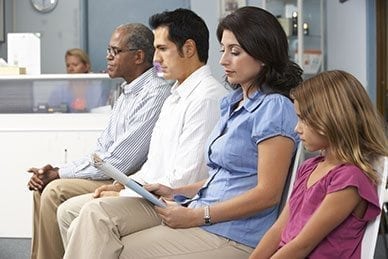 The differences in health between men and women could be attributed to physiology. For example, estrogen, the female sex hormone, helps eliminate bad cholesterol and may offer women some amount of protection from cardiovascular disease. Testosterone, the male sex hormone, is linked to risky behavior and violence, which may explain why men are more likely to die in accidents and to contract preventable health problems due to a risky lifestyle. However, these biological explanations are not enough to hold up to what hard data has revealed.

The first piece of evidence that the 4.8-year difference in life expectancy is due to cultural or behavioral factors is that this difference is not constant throughout the world. The 4.8-year figure applies to the U.S. only. Some countries have a higher difference, such as Russia, where women live on average 12 years longer than men. In other countries, the difference is negligible; for example, in Bangladesh, men only live 0.1 years less than women.

The second thing to consider is the data presented in a study done by the University of California and the University of Southern California. Researchers looked at death rate data for people born as far back as the year 1800, and they found that women only began living longer than men at the start of the 20th century. Since human biology has not changed in the past century, this change is only explainable by changes in behavior or other factors.

Quite possibly the largest contributing behavioral factor is that men tend to avoid the doctor. This means that they aren't likely to seek or receive preventative care and are more likely to have a harmful condition that remains undiagnosed and untreated. A survey of more than 1,100 men conducted by the American Academy of Family Physicians found that 92 percent of men preferred to wait a while before going to the doctor. 30 percent of these men also said that they wait "as long as possible" before seeking medical help.

Yet, these same survey respondents also reported that they suffered from serious health problems. 28 percent of the men had high blood pressure, 13 percent had arthritis, 10 percent had diabetes, eight percent had cancer and eight percent had cardiovascular disease; but these problems weren't enough to convince them to go to the doctor. Even if men know something is wrong, they hesitate to seek help—why is this?

Why Do Men Avoid the Doctor?

A study published in the journal Preventative Medicine may hold the answer to why men tend to avoid the doctor. Approximately 250 people filled out questionnaires with questions about their beliefs about masculinity and about seeking medical care. Researchers found that those who reported having more traditional beliefs about masculinity are more likely to avoid seeking medical help. These men likely believe that to be masculine, one must be self-reliant and tough, and that seeking help for a medical problem compromises these ideals.

According to the American Heart Association, 520,000 men will have a heart attack and 300,000 men will have a stroke this year alone. The vast majority of health problems experienced by most Americans are easily preventable and treatable. Most men avoid the doctor, but that doesn't have to hold true for you or your partner. Don't let pride get in the way of seeking medical care; regular check-ups make a world of difference in detecting underlying health problems.