Low libido and autoimmune disease often go hand-in-hand. If you suffer from an autoimmune disorder, there are many ways you can improve your sex drive.

How Are Low Libido and Autoimmune Disease Linked?

Autoimmune diseases can be very hard to live with, especially as treatments may be ineffective and have unwanted side effects. The National Institute of Health estimates that up to 23.5 million Americans have an autoimmune disease. However, the American Autoimmune Related Diseases Association disputes this number, placing the figure at closer to 50 million. Women are more likely to suffer from an autoimmune disease than men; autoimmune diseases are also among the top ten causes of death in females under the age of 65.

Examples of autoimmune diseases include:

The symptoms of autoimmune disease themselves can be enough to lower libido. Chronic fatigue, lack of energy and pain easily put a damper on sexual relationships. However, there's also a more complex, direct reason low libido and autoimmune disease are linked.

What Can I Do About My Low Libido? 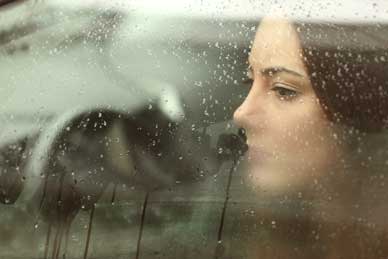 Low libido and autoimmune disease can both be hard to live with. Of course, the most important step in combating low libido is to address the underlying cause. The inflammation response of some autoimmune diseases can be suppressed through medications such as disease-modifying drugs, immunosuppressive drugs, corticosteroids, and biologics, which are engineered proteins. However, options for treatment vary widely for each individual disease. You can complement your treatment with more steps that can improve libido for anyone.

Maintaining a healthy lifestyle can be enough to make a drastic difference to your libido. Eat a balanced diet, get enough sleep every night, and exercise regularly—the improved blood circulation that exercise gives is very helpful for attaining physical arousal. Avoid using drugs and alcohol. Relieve stress in a healthy, productive way. Additionally, address any psychological problems such as depression or anxiety, which can reduce libido.

Some supplements may help to boost your sex drive. Get plenty of vitamin C, B vitamins, magnesium, zinc, iron and niacin. Herbs such as Asian ginseng, maca, tribulus terrestris, ginger, garlic, rhodiola, eleutherococcus, holy basil, chaste tree and ashwagandha may help. L-arginine is an amino acid, which can be taken as a supplement and has been shown to improve erection quality. However, because supplements can interact with medications and medical conditions, it's important to talk to your doctor before starting a new supplement.