Managing type 2 diabetes can be difficult enough without having to worry about sexual side effects, but often with diabetes low sex drive results. Many people believe that, once diagnosed with an illness such as diabetes, a healthy sex life becomes less of a priority. However, the opposite is true. In fact, sex can be quite healthy and good for anyone, especially those with health concerns like diabetes.

Sexuality and the closeness experienced during sexual activity are important for overall human outlook and quality of life. A healthy sex life can help anyone feel better, stronger and more prepared for life's ups and downs. Such activity is also immensely helpful in maintaining relationships which may otherwise be slightly strained by a chronic illness.

Sexual Issues for Men with Diabetes 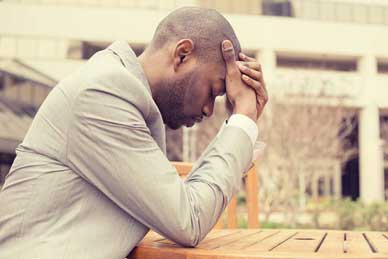 Men may experience their own set of sexual issues after diagnosis with type 2 diabetes. Erectile dysfunction (ED) is the most widely experienced issue for diabetic men. While vascular damage from the disease may be the cause of such a problem, other factors may be at play. Often, such dysfunction is actually caused by other health factors associated with diabetes. These are called "co-morbidities." Such comorbid conditions include emotional stress, obesity, high blood pressure and lack of exercise. Medication side effects or changes in testosterone levels can cause ED. In fact, low testosterone is at times attributed to type 2 diabetes and, at times, indicated as a sign of the disease. It seems that low testosterone and type 2 diabetes exist in a sort of symbiotic relationship in men.

Sexual Problems for Women with Diabetes

Many of the sexual issues associated with diabetes can be resolved through healthier living. Some of the issues occur even in healthy men and women without diabetes and are thus treatable through non-medical means. Of course, as a diabetic has sensitivities and needs associated with their disease management, consultation with a qualified healthcare provider is always the first step. To help improve some of the sexual problems' possible causes, there are simple methods anyone can use. Some of the non-medical means include:

The Role of Natural Supplements in Sexual Health

In recent years, a 2000 year old remedy for sexual health and vitality has come to the forefront of western medicine. The maca plant, cultivated in South America over 2000 years ago and farmed since 1600 BC for its medicinal purposes, has long been known to support a healthy sex drive in both men and women. This herbal supplement may also boost libido for those affected by type 2 diabetes, with the approval of their physician. Maca was believed by Incas to be miraculous in its support of sexuality, stamina and energy. The Peruvian tuber plant has long been used to provide the following benefits:

Many other natural plants can help alleviate concerns specifically related to healthy female male sexuality. The following herbs and nutrients may prove beneficial for their male sexuality-enhancing attributes: