Although men are often stereotyped as always wanting sex, it simply isn't true; many men actually suffer from low libido. In fact, up to 30 percent of women say that they have a higher sex drive than their partner. This is a problem that can get worse with stress, age and other factors.

The most common causes of low libido in men include:

What Low Libido Men Can Do to Regain Passion

The first step in treating low libido is to address any underlying causes. Additionally, one of the most important things anyone with a low libido can do to improve it is to adopt a healthy lifestyle. This includes:

Beyond these steps, there is evidence that some natural supplements can help improve libido.

Ginseng is a plant found in the cooler climates of North America and Eastern Asia. For centuries, the root of this plant has been considered an important part of traditional folk medicine. Some scientific evidence suggests that ginseng can help improve sex drive. A study from the Southern Illinois University School of Medicine showed that rats who had been fed ginseng had noticeably higher levels of sexual activity. A study done on humans at the University of Korea demonstrated that 60 percent of men who took ginseng reported an improvement in their sex drive as well as the quality of their erections. Yet another study showed that men who took ginseng as a supplement had healthier sperm, which is good news for couples who are trying to conceive. 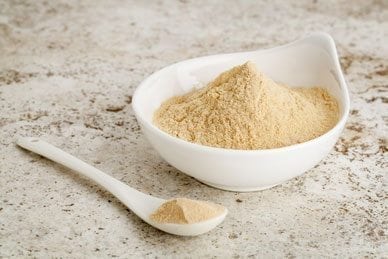 Fenugreek is an herb cultivated around the world. The seeds of this plant are used in many ethnic cuisines, most notably in Indian food. However, fenugreek also can be used to help increase libido. One study found that men who took fenugreek extract twice a day had a 25 percent increase in libido after six weeks. Men taking a placebo didn't experience the same effect. Another study discovered that men who took a 500 mg fenugreek capsule every day for eight weeks had higher levels of testosterone afterward. Again, those who took a placebo did not experience this benefit. Testosterone is arguably the most important hormone that affects low libido men.

Maca is a tuberous South American crop, related to turnips and radishes. It thrives in the harsh Andes plains in Peru, not occurring naturally in any other part of the world. Varieties of maca include red, black, cream and purple, and they all have been a part of traditional Andean life for thousands of years, being used as both food and medicine. Modern science is beginning to prove the folk wisdom that maca increases libido. Many different studies on animals show that maca improves sex drive and fertility. In one double-blind study, men who had at least 1,500 mg of maca daily for eight weeks had an increased amount of sexual desire.

A study done by Italian researchers found that men who consumed 2,400 mg of maca every day for 12 weeks had a higher increase in libido than the placebo group. Another study done by British researchers showed that bicycle racers who consumed maca had faster race times as well as higher libido than those who consumed a placebo. Yet another study done at the Massachusetts General Hospital found that low libido men suffering from a low sex drive caused by antidepressant medications experienced an improvement in their sexual desire when taking maca daily.

Scientific evidence suggests that these herbal supplements can improve the lives of low libido men. When combined with a healthy lifestyle they may be doubly effective.

Related Articles:
Aging and Low Libido in Men
Men's Guide to Exercise and Sexual Health
The Seven Telltale Signs You Have Low Libido