Known to science as Lepidium meyenii, maca is a root vegetable related to radishes and turnips. It grows in the Andes highlands in Peru, and has been used as both food and medicine by native peoples for thousands of years. Maca's popularity has recently spread to the Western world where scientific research has shown that it offers a wide array of health benefits.

Many people experience a decline in language processing, judgement, memory and quick thinking as they get older; the forgetful grandparent is a stereotype only too familiar to most of us. When this decline is mild, it can be considered a normal part of aging. However, more serious age-related declines, such as that experienced in dementia, are not considered normal. Some of the newest research has shed light on a promising link between maca and cognitive function. Specifically, eating maca regularly as a food or taking it daily in the form of a dietary supplement could help maintain healthy cognitive function and help protect against some of the cognitive concerns related to aging.

To understand the relationship between maca and cognitive function, it helps to have a little bit of background knowledge. Mitochondria are components of human body cells that play an important role in aging. As a person gets older, changes in their mitochondria can affect cell homeostasis. Evidence shows that mitochondrial dysfunction caused by aging plays a part in age-related cognitive decline as well as neurodegenerative diseases (such as Parkinson's disease and Alzheimer's disease). This is because brain cells are uniquely dependent on the proper functioning of mitochondria.

The promising link between maca and cognition lies in the fact that maca promotes healthy mitochondrial activity. In a recent study, mice were supplemented with maca for five weeks. Afterward, the mice showed improved cognitive function, including better spacial learning and memory. They also showed increased motor coordination and physical endurance. These outward results were accompanied by increased mitochondrial respiratory function. The researchers believe these benefits could extend to humans and that maca may be an effective food for helping to maintain healthy cognitive function, especially in old age.

Beyond the link between maca and cognitive function, maca has many health benefits. Maca is very well-known for its benefits in relation to sexual health. Taking maca root increases libido, according to at least three studies to date. Interestingly, this libido-boosting effect seems to be independent of sex hormone levels, so researchers don't know exactly why this benefit occurs.

Taking maca root can even improve your overall quality of life. One study involving 50 people found that maca supplementation increased the subjects' subjective sense of well-being. To give a more specific example of how taking maca can improve your life, at least one study, which was done on postmenopausal women, discovered that maca helps to soothe anxiety and maintain a healthy mood.

Ever since maca started becoming popular in the West, more and more studies have been conducted. As research continues, even more health benefits of maca root are likely to be discovered and proven.

Other Supplements for Healthy Cognitive Function 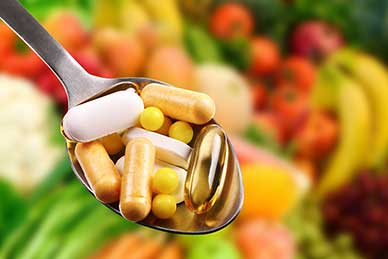 Aside from maca, there are many other natural supplements that can help maintain healthy cognitive function. Here are some to consider:

Siberian ginseng, now commonly known as eleuthero, has long been a component of Chinese herbal medicine and also seems to be popular in Russia. The root of this shrub from northeastern Asia has been found to help promote healthy memory in preliminary studies.

This is an ancient plant, with some Gingko biloba fossils dating back to 270 million years ago. The leaves of Gingko biloba are believed to help protect nerve cells. It also provides benefits for healthy memory and thinking, according to several studies.

L-tyrosine is found in many foods including dairy, meat, nuts and wheat. It is believed that the body uses L-tyrosine to create chemical messengers responsible for things like mental alertness. There have been several studies showing that L-tyrosine helps maintain healthy cognitive function.

Niacin, or vitamin B3.

This nutrient is found in quite a wide variety of food, including meat, dairy, fruits, vegetables and even beer. Niacin can help promote healthy cognition.

Piperine, an extract from black pepper.

This is a compound extracted from black pepper that has been found to help maintain a healthy mood and promote healthy cognitive function in rats.

This pungent herb is used in diverse cuisines across the world. One famous and scientifically-proven use of ginger is as an anti-nausea herb. At least one study has found that ginger supplementation helps maintain healthy cognitive function, including memory.