Can Brain Training Make You Smarter?

The results are in! A special brain training study sponsored by the government and called the Advanced Cognitive Training for Independent and Vital Elderly, or ACTIVE, found that elderly adults who went through a special cognitive training program retained the brain benefits they gained for up to 10 years!

In the biggest study ever performed on brain training, 2832 cognitively-healthy elderly participants with an average age of 74 were divided into groups who underwent between 10 and 12 brain training sessions lasting roughly an hour each. The sessions focused on different aspects of cognitive performance such as brain processing speed, memory and reasoning. A fourth group did not receive any special training. Participants were tested right after the training ended, as well as one year, two years, three years, five years, and 10 years after initial testing. 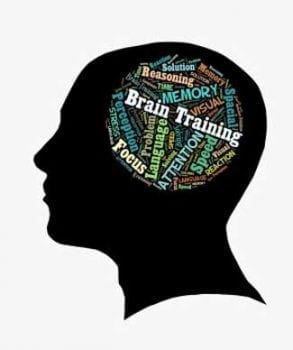 The study, published in the Journal of the American Geriatrics Society, showed that the seniors who received brain training exhibited better performance in all three areas than those who did not receive training. Furthermore, brain benefits appeared to remain strong well after training; At the five-year mark, retained improvements were obvious, and although they decreased in general after that, at the ten-year point processing and reasoning skills in the trained individuals still remained stronger than in those who did not undergo training.

And that's not all. Study participants reported that after the brain training, everyday household tasks seemed easier for them to perform. This hints that brain training of the sort performed in the study could help the elderly to more easily go about their day-to-day life and keep their cognitive skills longer than those who don't do any brain training. In the long term, this could even affect entry into assisted-living homes or other types of care facilities.

“What we found was pretty astounding. 10 years after the training, there was evidence the effects were durable for the reasoning and the speed training. If we delay the onset of difficulties in daily activities even by a small amount, that can have major public health implications in terms of helping to curb healthcare costs, delaying entry into institutions and hospitals.”

Additional studies to determine why brain training works and to find out whether brain improvements like this are actually physical are pending. Scientists also hope to make these brain training programs available to the general public in the near future.