There is a multitude of scientific evidence backing the use of the northern Asian herb eleuthero for stress reduction, immune system support and increased libido.

Eleuthero is a woody shrub that grows primarily in the mountains of northeast China. The eleuthero plant is three to 10 feet high and is covered in thorns. Yellow or violet flowers bloom and turn into black-colored berries in late summer. Eleuthero root has been used as medicine for centuries in Asia and Russia and is one of the best-documented plants in herbal medicine. In fact, eleuthero has been mentioned in medical texts from 2,000 years ago. This herb is also known as Siberian ginseng, although it is a completely different plant from both American and Asian ginseng and has different chemical properties.

What Are the Benefits of Eleuthero?

One great benefit of taking eleuthero as a supplement is that it can offer considerable support for your immune system. A traditional use of this herb is to help protect against colds and flu. The immune-supporting effect of eleuthero is due to compounds such as eleutherosides and polysaccharides that are present in the herb. One study compared the use of eleuthero to taking amantadine, a drug used to treat flu. In the study, people with flu who took eleuthero recovered more quickly than those who took amantadine. Another study found that people who took eleuthero for four weeks had more T-cells afterward, indicating a stronger immune system. 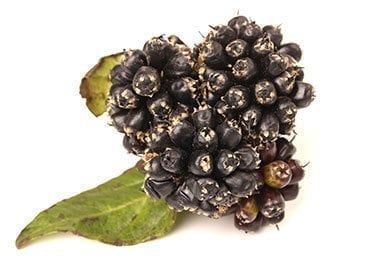 The use of eleuthero for stress is extremely common. Because eleuthero is an adaptogen, supplementing with this herb can improve your body's ability to bounce back from a wide variety of stress factors. Eleuthero's effect on stress may also be partially due to the fact that it improves your sleep. In clinical experiments, eleuthero has been found to help people fall asleep faster, sleep more deeply, and sleep for longer. Additionally, because using eleuthero for stress and fatigue can help facilitate relaxation, it's a popular choice for people looking to naturally reduce the stress that can contribute to low libido.

How Should I Use Eleuthero?

Eleuthero is available in many forms including liquid extract, powder, capsules, tablets and teas. The traditional Chinese way of using eleuthero is to eat the raw herb. However, in the West, obtaining raw eleuthero is not only quite difficult, but also unnecessary. Pills, extracts and teas work just as well. When taking eleuthero for stress as a stand-alone, a recommended starting dose is 500 mg daily. Lower doses are suitable and effective if you're taking other herbs in conjunction with eleuthero or if it's part of a comprehensive formula. If you're using eleuthero for a chronic condition such as fatigue, low libido, or stress, it is recommended to take the herb for three months at a time, followed by a one-month break before resuming use of the supplement.

Eleuthero may cause side effects for some people, including headaches, insomnia and drowsiness. If you experience any adverse side effects, stop taking eleuthero.