Depression affects an estimated 20 million Americans. Depression usually begins between age 15 and 30 and affects women more often than men. Depression is thought to be a disorder of the neurochemistry of the brain that leads to persistent sadness, loss of energy, feelings of worthlessness and even thoughts of suicide. Depression is often accompanied by anxiety disorders. There is also a prevalent libido depression link: One common side effect of depression is a  loss of libido and resulting sexual dysfunction.

Loss of libido can be a direct side effect of depression. The term "anhedonia" refers to the inability to derive pleasure from what was once pleasurable. Anhedonia is one of the key symptoms of depression. In order to feel sexual arousal, a person must be able to anticipate feelings of pleasure. However, the anhedonia state induced by depression prevents this from happening. The victim is locked in his/her current state of misery and cannot look beyond that. The libido depression connection is largely due to the anhedonia aspect of depression. 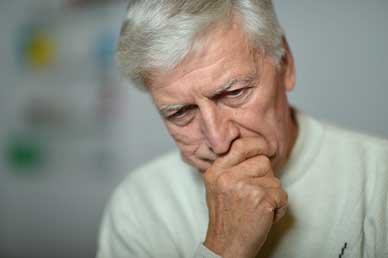 Victims of depression often suffer from fatigue and severe loss of energy. The feelings of hopelessness and lack of energy cause a loss of libido. Anyone who is over-tired due to a hectic life can easily understand how severe fatigue triggered by depression can dampen the libido, creating a libido depression link. However, victims of depression don't just experience a reduction in sex drive. They often actually become physically incapable of having sex. Depressed men frequently suffer from erectile dysfunction, and many depressed women become incapable of achieving orgasms. These effects are thought to be related to chemical changes in the brain due to depression.

Although many individuals need medications to overcome depression, the most effective and most popular types of anti-depressants can have a pronounced negative impact on libido, the ability to feel arousal and sexual sensations and the ability to achieve organisms. Although most of the sexual side effects of anti-depressants are described as physical—unable to achieve an erection, unable to experience physical arousal, and unable to achieve an orgasm—these drugs seem to also affect how people feel towards their partners, thus the libido depression link becomes evident. Men who take selective serotonin reuptake inhibitors (SSRIs) report they feel less love towards their partners, are less likely to want to take care of their partners, and less likely to feel close to their partners. Women are more troubled by the physical side effects of SSRIs on sex than by disturbed feelings towards their partners. However, women taking tricyclic anti-depressants are often troubled by feelings of a lack of closeness to their partners that is severe enough to disrupt their sex life. Men taking tricyclics rarely report sexual or relationship problems.

Depression can also simply tear relationships apart. The non-depressed partner feels rejected, unwanted, and unloved. The depressed partner is withdrawn and uninterested. In this hostile and unpleasant environment, it is hard for either partner to summon up romantic feelings. Couples battling depression need to focus on the idea that it is a disease and it can be treated. They needn't kiss their love life good-bye. There are many things couples can do to try to revive their relationship and the flagging libido of the depressed partner, helping to break the libido depression connection.

Exercise may be the key to boosting libido in depressed and anxious individuals. Regular exercise is reported to be as effective as medication in relieving depression and anxiety. As a side-effect, exercise directly boosts the libido in both men and women. Men who experience weight loss due to regular exercise experience both an increase in libido and sexual performance. Even in women suffering from sexual dysfunction due to anti-depressant medications, exercise improves libido and improves physical sexual function. 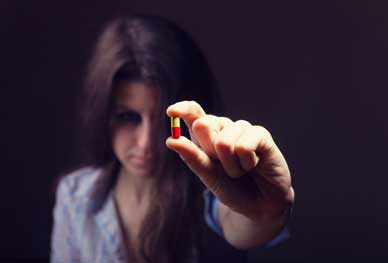 If the patient is being effectively treated for depression with medication and is still suffering from low libido or sexual dysfunction, a medication change may be in order. Some anti-depressants don't affect libido, and everyone responds differently to different medications. Alternatively, try a non-medication approach to treating depression. Many patients respond well to cognitive behavioral therapy or mindfulness-based cognitive therapy.

One approach is to take sex out of the picture temporarily and instead work on other forms of physical intimacy. Holding hands, hugging, kissing and cuddling can break down barriers between partners and relieve feelings of isolation. Many couples affected by depression report that after taking sex out of the picture for a few weeks and working on intimacy and communication instead, the relationship often transitions of its own accord back to a sexual one.