Low libido is typically thought of as a male problem, but it's not solely a difficulty that men face. In fact, it is increasingly a challenge for women. According to the American Society of Reproductive Medicine, 31 percent of men report having low libido while 43 percent of women report having this issue. Researchers identify three stages of sex: desire, arousal and climax. There's cause for concern when any of these three phases is not functioning at its optimal level. Low libido is the first phase in this spectrum.

While no equivalent to the male drug Viagra exists for women, there are natural supplements that can boost low female libido. One supplement that has shown the most encouraging results is L-arginine. Anecdotal and clinical evidence seems to support the claim that L-arginine can be an effective solution for low female libido. 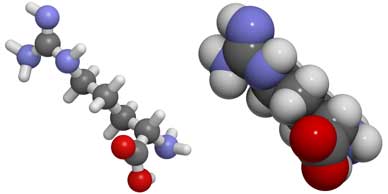 L-Arginine is an amino acid that is critical for number of bodily functions including making protein, regulating insulin and releasing hormones. It is found naturally in red meat, dairy products, poultry and fish. Normally, your body will produce enough L-arginine, but you may want to supplement. L-arginine is produced commercially for additional supplementation and various therapeutic purposes. L-arginine can be used can be used by itself or combined with various prescription and non-prescriptions medications to help support a healthy cardiovascular system and promote healthy blood pressure already within normal ranges. It has also been used to support a healthy immune system. 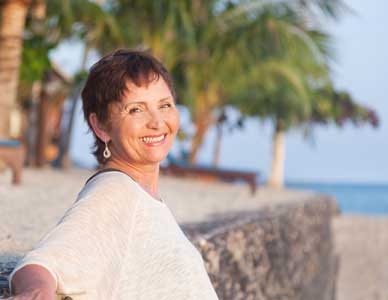 If you research L-arginine even briefly, you will find that a lot of anecdotal evidence shared on Internet forums that L-arginine does indeed work to boost low female libido. The dosage required to be effective seems to vary widely. Aside from this data from individual use, only a limited number of clinical studies on the effects of L-arginine on women’s libido have been conducted. Until recently, most research has focused on improving male libido.

However, one study conducted by Stanford University showed promising results. In this 2011 study, 93 women aged 22-73 were split into two groups. One group took a supplement containing L-arginine, ginkgo, ginseng and 14 other ingredients. The other group took a placebo. After four weeks, the L-arginine group reported a 64 percent increase in sexual desire while the placebo group reported an increase of only 43 percent.

The design of this study points out a flaw common to the other studies conducted on the efficacy of L-arginine: The study did not use L-arginine as the sole therapy, but combined it with other supplements. Therefore, critics point out that the results cannot be strictly attributed to L-arginine; the positive results may have been caused by the other supplements taken in conjunction with L-arginine. Although the studies conducted so far have not been comprehensive, women experiencing low libido should feel encouraged that using L-arginine to boost libido has shown promising results for low female libido. And because L-arginine does not require a doctor’s visit or prescription (it is widely available at local retail stores and online), it is easy for women to explore L-arginine as a treatment so that they can restore their experience of sexual desire and fulfillment.