Ginger is an herb whose underground stem (or rhizome) is used both as a spice and as a supplement with medicinal qualities. This aromatic root is native to Asia. Some of ginger's benefits include helping with stomach troubles, helping to maintain a healthy weight, aiding in detoxifying the body, helping to soothe congestion and easing minor pain and discomfort. In particular, it can also aid in female enhancement and supporting sexual health.

How Does Ginger Help Female Enhancement and Sexual Health? 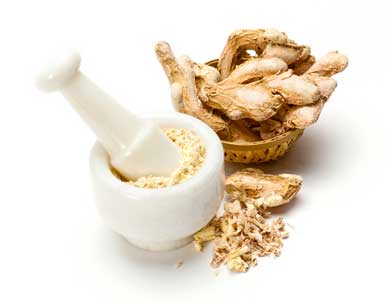 One of the first properties ginger has for aiding in the sex life of women has to do with its ability to promote healthy blood flow. Specifically, the plant can help increase blood flow to female sexual organs which can help aid in their functioning and sensitivity and provide female enhancement. The herb can also make you warmer in general, which can also only serve to help get you in the mood.

This property of ginger has been well-known for a long enough period of time that many cultures throughout history specifically used it to aid in lovemaking as an aphrodisiac. Increasing sexual libido and female enhancement is something that many cultures counted on ginger for. Ginger has also been proven particularly useful in helping with some of the symptoms of candida overgrowth. This is because of the detoxifying nature of ginger and the fact that it may help support a healthy immune system. Some people have also used ginger to help with urinary tract discomfort, which can impede sexual functioning, forcing couples to wait until the discomfort has passed before continuing sexual activity. Ginger has been known to sometimes aid in maintaining sexual functioning during these types of concerns. The potential uses that ginger has in promoting sexual health are many, according to various studies that have been done.

What Studies Have Been Done for Ginger?

Some studies have indicated that ginger could aid in supporting female fertility. In particular, tea made from ginger has been demonstrated to have some utility in promoting a regular menstrual cycle, which in turn makes chances of conception more likely with women with a history of irregular menstrual cycles. One particular study involving guinea pigs demonstrated that ginger may help promote healthy fertility in subjects with diabetes. 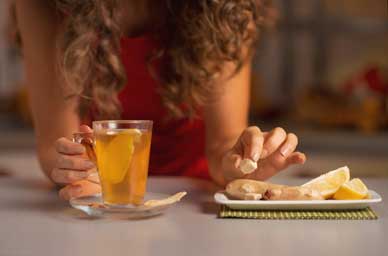 How Should You Use Ginger?

Some sources indicate that you should take between 2 and 5 grams of dried ginger powder per day. You should divide this up into two or three doses if possible. You can take it a number of different ways based on your preference including as a tea, in an energy drink, or even grated or ground into a powder and added to food. Most sources indicate that you should take at least 500 milligrams per day (if taking ginger alone) in order to enjoy its health benefits.

Taking in ginger every day is known to be completely safe. There are no known serious side effects when taking ginger. At most, sometimes light diarrhea or stomach upset can occur, which only means that you should decrease your dosage a bit until the side effects vanish. It is important to avoid ginger if you have a biliary tract infection, and it's also generally a good idea to be careful about using the supplement with any other medication or supplement that weakens your immune system. Consult your doctor before adding any supplement or medication to your regimen while you’re also taking ginger to make sure there aren’t any potential side effects of taking both of them at once. In general, ginger is one of the safest supplements around and people have been taking it for thousands of years to boost female libido and support female enhancement without any notable negative effects.