Herbal Medicine 101: The Benefits of Healing With Plants

What is Herbal Medicine? 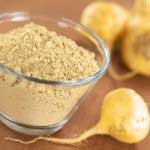 Herbal medicine is an age-old healing method in which whole plants or plant parts are specially-prepared and used to maintain good health or to help prevent or treat a health condition or disease. There are several different systems of herbal medicine, including Western Herbalism (which is based on European traditions), Traditional Chinese Medicine (or TCM, with roots in ancient Chinese practices), and Ayurvedic medicine (which originated in India).

Today, an herbal medicine is referred to by its common plant name followed by the scientific name, comprised of two Latin words denoting genus and species. For example, German chamomile would be "chamomile (Matricaria recutita)." This identification method is helpful for easy reference across cultures and languages, and because sometimes two or more completely different plants have the same common name.

Herbal medicine is the oldest form of healing, dating back to prehistoric times. The oldest written records of herbal medicine are from the ancient Sumerians, who were practicing it as early as 5,000 B.C. Although Western culture has moved away from herbal medicine over the past hundred years or so, it is still practiced by over 80 percent of the world, according to the World Health Organization (WHO). Modern Western medicine is supposedly much more advanced than in the past, so it might surprise you that up to 70 percent of today's drugs are actually based on plant constituents. For example, aspirin was originally synthesized from the salicin found in white willow bark. Morphine, one of the most powerful painkillers, is derived from the opium poppy. Digoxin, a popular heart medication, is based on chemical constituents found in the plant foxglove.

Well into the 19th century, herbal medicine was the most prevalent form of medicine practiced in the U.S. With the blossoming of sciences like chemistry, it suddenly became possible to analyze the different chemical constituents of a plant and isolate the portion thought to be responsible for its healing properties. Scientists were then able to synthesize this "active principle'" by duplicating its chemical makeup—thus, the dawn of modern medicine and drugs as we know them today.

Eventually, as science gained more and more authority and respect, all things "natural" began to fall by the wayside and synthetic drugs began to replace natural herbal medicine as the healing method of choice. Not only were they thought to be more scientifically legitimate, but they were also attractive because they were easy and fairly cheap to mass-produce, and they didn't require the time, energy and funds involved in obtaining plants from far-flung locales. Today, synthetic drugs have largely taken the place of herbal medicine, but with more and more people preferring natural options, the potent healing properties of these natural remedies are being re-discovered and re-analyzed. Increasingly their health benefits are being validated by science through clinical studies.

How Does Herbal Medicine Work?

Any part of a plant may have medicinal properties including the leaves, stems, flowers, fruits, seeds, roots, root bark, or inner bark. Once collected, the plant part is prepared in a specific way to draw out the constituents important for healing. The two most common ways an herbal remedy may be used are topically as a salve, ointment or compress, or internally as a tea or infusion (where the herb part is boiled or steeped in water), dried and put into a capsule, or as a liquid extract or syrup. 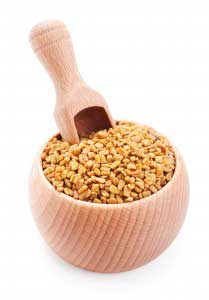 Herbal medicine has stood the test of time, but its effectiveness is still highly debated by some, especially proponents and practitioners of "modern" medicine. However, as the healing properties of more and more herbs are validated scientifically, herbal medicine is becoming more accepted. Unfortunately, many herbs have not been scientifically proven because the extensive clinical testing undergone by prescription and over-the-counter drugs is extremely expensive, and there is often no financial gain involved in proving the effectiveness of a natural remedy that anyone can obtain without a prescription.

There are a myriad of benefits to using herbal medicine. Not only are herbal remedies natural, and thus usually gentler on the body, but they also work in a way that can never be duplicated by modern drugs. It has been found that it's not always possible to isolate the healing component of a plant, but that various constituents of a plant work together synergistically in ways we do not yet understand, and which are impossible to duplicate artificially. In herbal healing, many components of a plant support the healing properties of the "active principle" that modern medicine seeks to isolate and synthesize. Often, herbal healing can also be used in conjunction with Western medicine, but if you have a medical condition, always consult your physician before taking any dietary or herbal supplement. Finally, herbal healing is supported by thousands of years of successful human use. If you haven't already, give herbal medicine a try!