Over the last decade, sexual concerns like low libido in both men and women have been consistently reported and appear to be on the rise. Is love no longer in the air, or could the increasing incidence of low libido symptoms be due to some sort of a hormonal imbalance of sorts? We will be asking some tough questions and searching for answers that can explain what exactly is happening and what can be done to possibly change or even improve these conditions. So, let's get started.

Who or What is to Blame for Low Libido Symptoms and Other Concerns?

Sexual concerns and low libido symptoms are more commonplace than you might think. According to a recent study, 31 percent of men suffer from identified problems such as delayed ejaculation, premature ejaculation, impotency and erectile dysfunction. Women were also a part of the test group, and it was concluded that 43 percent of women reported similar problems. Women reported painful intercourse, an inability to orgasm, low libido symptoms and overall decreased arousal. When asked overtly, only 12 percent of these women expressed concerns regarding their decreasing sex drive. So, who is to blame, or better yet, what is to blame? Could the rash of sexual concerns be related to overall routine and dietary patterns? Could the cause simply be hormonal? Or maybe it is on more on a personal level; could one's own insecurities that could be the root cause?

Could Counseling and Sex Therapy Help? 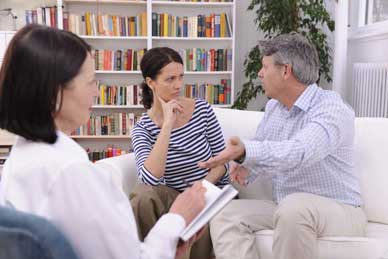 According to other research already conducted, counseling and sex therapy is simply not the answer. This approach only seems to muddy the waters in terms of avoiding the real issues. Those issues being, what is truly causing a woman's low libido symptoms and inability to feel sexual? When a woman is sexually dysfunctional it often stems from a decrease in her sexual impulses, and hormones that have declined to such an extent and become so imbalanced that she can no longer connect with the act of intercourse.

We as human beings have different functions and systems that work together to help achieve an overall healthy system. One of those imperative functions is a human being's need to intimately connect with a partner and release those built-up chemicals and hormones. Experiencing that rush brought on by a euphoric orgasm releases chemicals in the brain that improve one's overall outlook on life and their current situation. Men and women alike do not have to settle for dormant sexuality. There are ways of reigniting the desire and that spark for life, and banishing low libido symptoms. Many of these issues related to sexual dysfunction can be addressed by fixing an underlying hormonal imbalance.

This is also true for men in many cases. There are many things that can be done in order to correct and prevent the issues experienced by men when it comes to sexual dysfunction and sexual concerns. As mentioned for women, men can also address the issue of hormonal imbalance and restore healthy levels of testosterone, which ultimately helps men to regain their fullest potential of sexual functioning. For men, decreasing levels of testosterone are the biggest concern and overall reason behind the lack of energy, their sexual concerns and low libido symptoms. Lower testosterone levels for men can lead to many serious problems if not identified and treated right away.

When all is Said and Done

These startling study results simply indicate that sexual dysfunction is a very important health concern that effects everyone. Professional and public interest surrounding this growing issue have sparked some very important medical advances. When we understand the neurovascular mechanisms of sexual response in men and women we can begin to solve the issues. With more and more men and women reporting low libido symptoms and other sexual concerns, the demand for treatment from patients seeking professional help will make treatments more readily available.

A lot is changing when it comes to sexual concerns and satisfaction and the need to address these issues that affect not only the individual but their close personal relationships will prompt real solutions that have positive outcomes. When a person's quality of life is threatened or begins to fall short, things need to be addressed and remedied immediately so that life can continue being lived to its fullest. The facts surrounding sexual dysfunction are definitely coming to the forefront and with the proper treatments will hopefully soon be a thing of the past.

5 Myths About Women's Libido
Seven Common Things That Can Dampen Your Sex Drive
The Sexual Peak Myth-Truth or Fiction?