What Makes Macabido the Best Libido Formula for Women?

Why is Macabido the best libido formula for women? In this article, we will examine the ingredients contained within Macabido Women's Formula and their individual medicinal and life-enhancing properties, as well as highlight several potentially dangerous substances Macabido Womens' Formula does not contain but that other libido-stimulating supplements might.

What Is Macabido Women's Formula?

Macabido Women's Formula is a nutritional supplement made from only natural ingredients that is designed to help women improve their sex drive, bolster their energy levels and enjoy a healthier and happier sex life. Moreover, this particular supplement contains substances that are known to work in conjunction with a woman's body chemistry to help maximize all its potential benefits.

Why Is Macabido the Best Libido Formula For Women?

This powerful natural supplement is packed full of extracts of several of the world's most well-known medicinal plants including:

Macaplex®, Macabido Women's Formula's most prominent ingredient, contains potentized extracts of maca root. Maca, scientifically referred to as Lepedium meyenii, is native to the Peruvian Andes Mountains region, and has been cultivated for centuries and used for various purposes. The substance has been proven to increase libido, increase energy, improve mood and enhance fertility. Macaplex® is a more potent version of maca -- research shows Macaplex® possesses greater energy-boosting and libido-enhancing properties than pure maca alone.

Fenugreek is an herb native to Greece and other Mediterranean regions. Extracts taken from the seeds of this plant have been noted for their ability to help women alleviate menstrual symptoms and increase fertility levels. Macabido contains more than three times the fenugreek often contained in other nutritional supplements.

The Latin translation of avena sativa is "wild oats." The term wild oats has long been associated with sexual exploits. Therefore, it should be of little surprise that this substance has long been noted for its ability to bolster libido. 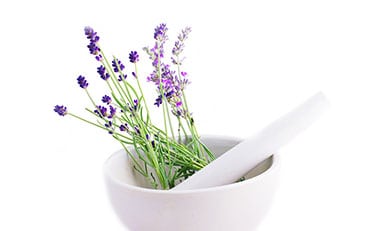 Native to Africa and the Mediterranean rim, lavender is a plant that has been utilized for its ability to induce calmness and reduce anxiety that can contribute to libido concerns.

Passion flower has been used to treat anxiety, enhance the sex drive and help women ameliorate the manifestations of menopause such as hot flashes.

Extracted from the root of a plant classified as Zingiber officinale, ginger has been used for many centuries to treat numerous ailments and has been especially effective in increasing blood flow to sexual organs, which can increase both sex drive and performance.

Ginkgo, also commonly referred to as Gingko biloba, is an herb native to Asia that has been used for medicinal purposes for thousands of years. Much like ginger, this plant's extracts are particularly efficient in blood flow stimulation to the sexual organs.

Royal jelly is a food created from the honey obtained by the honey bee. The substance is known to support healthy fertility in women and promote healthy hormonal balance.

Once known as Siberian ginseng, eleuthero is believed to boost energy levels and is also a noted "adaptogen." Adaptogens are naturally-occurring substances that enhance the body's ability to react to any given stressful situation calmly and efficiently.

This substance, scientifically categorized as Bioperine, is an extract of the black pepper commonly used as a taste-enhancing spice. In addition to its aesthetic benefits, the substance is also thought to help the body better digest and utilize natural ingredients and nutrients in the body.

In addition to containing the preceding plants and herbs, Macabido Women's Formula also provides several vital nutrients such as:

L-arginine is an amino acid. Amino acids are crucial to the body's ability to create protein, which helps the body maintain healthy energy levels. In addition, L-arginine also promotes healthy blood flow, which can be critical to proper sexual performance and desire.

What Macabido Women's Formula Does Not Contain 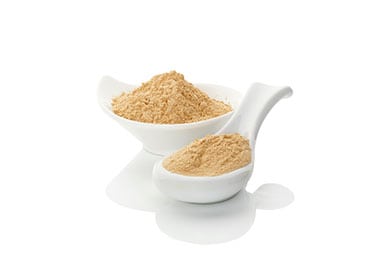 Though Macabido Women's Formula contains numerous healthy ingredients, this supplement does not contain certain chemicals that might be found in other similar products which could produce several potentially dangerous side effects, including:

Some of the dyes used to make artificial coloring have been linked to the development of cancer if ingested over prolonged periods.

Yohmbe is an stimulant herb that could have a deleterious impact on the cardiovascular and nervous systems.

Prolonged use of this substance is said to possibly elicit symptoms such as dizziness, nosebleeds, anxiety and irregular heartbeats.

Macabido Women's Formula can be purchased at www.macabido.com.