The Effect of a Woman's Tears on Men's Libido

Communication is both verbal and non-verbal. More often than not, many of our thoughts and emotions are not directly communicated, but rather implicitly or subconsciously related through body language or tone. Certainly, both play a key role in conveying our feelings to others, even while we pay not be aware of the subconscious messages that we give out.

With this being said, it makes sense that tears give off a certain message as well. Have you ever felt as if you were “turned off” when your significant other cried? Chances are that if you are a man, you've experienced this but for reasons that you can't explain. Fortunately, recent studies have pointed to a cause. Specifically, a woman's tears can do funky things to men's libido, lowering his testosterone levels, according to several scientific studies.

The Two Different Types of Tears 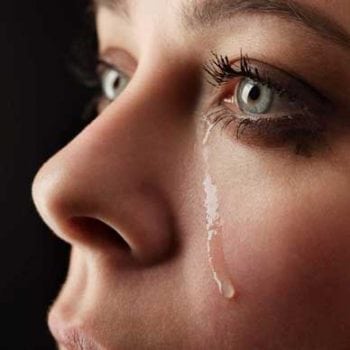 Whether you wipe your stinging eyeballs after slicing a tomato or during a cold, windy day, or have two hot streams trickling down your face after your significant other broke up with you, your eyes begin to water and produce that salty liquid of tears. It is well known scientifically that emotional tears caused by anger or sadness are chemically different from those caused by reflexes.

Scientists have studied the contents of both of these types of tears and have concluded that while reflexive tears consisted of approximately 98 percent water, the composition of emotional tears was much more intricate: Included in the fluid of emotional tears were chemicals such as proclatin and others. Moreover, emotional tears are even caused by different psychological processes, where the endocrine system releases hormones to the ocular area of the brain, which causes tears to flow during emotional turmoil.

The Link Between Tears and Men's Libido 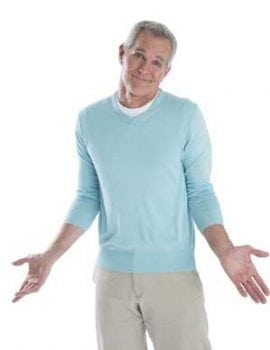 The difference between the contents of emotional tears and reflexive tears suggests that emotional tears may be another type of evolutionary signal. In studies, womens' emotional tears actually acted as a turn-off for men. In a study done at the Wiezmann Institute of Science in Israel, female tears were collected in a test tube after the female participants watched a sad movie. The testosterone level of men was compared when they had not sniffed tears and when they did. On average, after smelling tears, the men had a 14 percent drop in their testosterone levels. Of the 24 men who had participated in the study, 17 of them also reported a drop in their sexual arousal while watching erotic images.

The findings for this study have been both unsurprising and surprising. In one sense, it should not be a shock that tears may act as a sexually distancing signal since tears give off important messages for other mammals. For example, male rats use tears in order to attract females. The fact that tears can provide some sort of implicit signal in humans, then, is not surprising. On the other end of the spectrum, it may be rather surprising that crying—an activity that often evokes empathy and pity—may not have the same effect in the context of sexual arousal and testosterone levels in the men (testosterone levels and libido are positively correlated). This fact further bolsters the idea that female tears may be a type of “back off” signal to undesired sexual approaches. Furthermore, females are known to cry more often when they are on their menstrual cycles—times when sexual advances are the least desired—than when they are not.

Tears may prove to be more significant than what we may assume. Yes, crying because of the loss of a loved one may cause others around you to feel sad. But female tears themselves have proven to possess an even deeper meaning, which can tend to turn men away from even the most attractive woman.