There is a niche field of science known as facial morphology. Morphological research aims to find correlations between facial features and people's attitudes, personalities and behaviors. A recent study in this field of research has uncovered a link between face shape and sexual behavior. This study was conducted at Nipissing University in Ontario, Canada, and was published in Archives of Sexual Behavior.

In this study, the researchers recruited 145 undergraduate students who were of Caucasian descent and who were in heterosexual relationships. The scientists administered questionnaires about their sexual behavior and libido and analyzed the volunteers' facial photographs. Upon analysis of the data, the researchers found that a face with a greater width in comparison with its length was associated with a higher sex drive. This effect was found to be applicable to both men and women.

They also found that a wider face predicted being more comfortable with casual sex and being more likely to cheat on your partner, though these correlations only applied to men.

The researchers speculate that the link between a wide face and a high sex drive may be due to testosterone. Testosterone may be most famous for its role in libido, but sex hormones also affect the development of facial bones. Of course, this study was purely observational and does not prove that this is a cause-and-effect relationship. The study also had its limitations; the sample size was relatively small, and the surveys given to the participants were not as exhaustive in their number of questions as they could have been.

What Else Can Physical Features Predict About Sexuality? 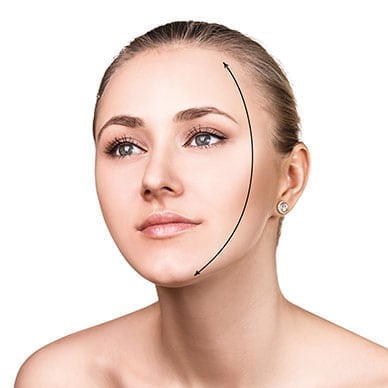 Numerous other studies, albeit mostly small studies, have looked into links between physical features and sexual behaviors and attitudes. For example, take one study, conducted at the University of Leeds in the United Kingdom and published in Archives of Sexual Behavior. Researchers collected data from 148 women, all between the ages of 18 and 26. They found that having wider hips was a predictor of having more one night stands and a higher lifetime sexual partner count. The authors of the study speculate that there may be an evolutionary reason for this; perhaps women with wide hips are more biologically driven to have a lot of sex, since a wide pelvis makes childbirth easier and less unsafe.

One study, carried out at Stanford University and published in the Journal of Personality and Social Psychology, found that specialized facial recognition software was able to predict people's sexual orientations to a greater degree of accuracy than would be possible by random chance. This suggests that the hormones and biological development responsible for sexual orientation could also influence facial features in a correlative way.

Can Facial Features Predict Other Aspects of Personality?

Facial features have been linked to many other aspects of personality beyond just sexuality. Though the study mentioned above linked a wide face in men to have more casual sex and a higher sex drive, other research has found that men with wider, more square faces may be more likely to be aggressive and engage in unethical behavior. Some other research suggests that people can tell who is a criminal and who is not just by looking at their facial portrait.

The range of things that we can subconsciously detect in people's faces may surprise you. In one study, researchers found that volunteers were able to identify Mormons and non-Mormons with a higher degree of accuracy compared to random chance. They assume that it's because the volunteers picked up on subconscious cues of health; people of the Mormon religion do not use tobacco or alcohol and live 10 years longer than the average American.