With Election Day looming, it may surprise you to learn that your political views could influence more than just who you vote for. Interestingly, scientists have found that which side of the aisle you're on may also have an effect on your sex life. Apparently, there's a link between your political views and bedroom behavior.

Differences Between Liberals and Republicans

Some interesting tidbits:  Conservatives are more likely to lose their virginity later in life, have fewer sexual partners, and engage in more traditional sexual activities such as missionary position and romantic kissing. Liberals, on the other hand, have sex for the first time earlier on average, have more lifetime sexual partners than conservatives, and are more likely to engage in non-traditional sexual practices including adventurous and risky activities. Adventurous and risky activities might include things like using sex toys or having sex with someone you just met.

Does a Link Between Political Views and Bedroom Behavior Really Exist?

Sound like a lot more fun to be liberal? Not necessarily! Even though conservatives, on average, reportedly engage in a smaller range of sexual activities, they actually also report higher levels of sexual satisfaction than liberals. This notion is supported by another survey, conducted by Binghamton University and Match.com. The survey of over 5,000 people found that although liberals had sex more frequently, conservatives were more satisfied. Among Republicans in the survey, 53 percent reported having an orgasm every time they had sex, while just 40 percent of Democrats did.

Even though the science supporting differences in sexual satisfaction between political parties isn't iron-clad, your political affiliation still has an effect on your life in other important ways.

People Prefer Partners With the Same Political Views... But Why? 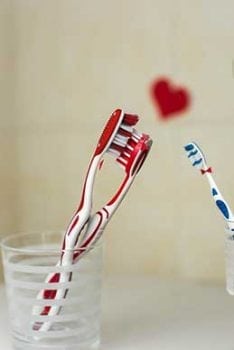 The Match.com survey also looked at other important aspects of the relationship between political views and behavior. They found that 17 percent of men and 20 percent of women are only willing to be in a relationship with someone who is in the same political party. Which side of the political spectrum you fall on also seems to have an effect on what kinds of partners you prefer, beyond political affiliation. Liberals seem more likely to want a partner who is funny, independent and who is their equal. Conservatives are likely to place more importance on finding someone from a similar background to get married to.

Up to 20 percent of people view being members of different political parties as a dealbreaker. It's likely that many more people than that have the same type of preference, just not to such a strong degree. Why do people want to date within their political party? The first obvious answer may seem that it's for philosophical reasons. After that, you might think that it's to avoid conflict and arguing. Both of these reasons are valid, but science has found that surprisingly, our preference for partners with the same political views is largely unconscious and primal.

One study, published in the American Journal of Political Science, looked at the link between political views and behavior as it applies to sexual attraction. Researchers exposed 125 volunteers to others' body scents and found that the volunteers rated the scents of those with the same political views as more sexually attractive. However, it's not like the volunteers could name someone's political party just by smelling them—the preference was completely unconscious. Humans gain a surprisingly large amount of knowledge unconsciously through scent—you may have heard of another study that found that people prefer the body odor of people with different immune systems than their own. This preference ends up being an evolutionary advantage, because parents with differing immune systems means higher genetic diversity and thus a stronger immune system for any potential offspring.

Politic is Not Everything

Although most people prefer their boyfriend or girlfriend to be from the same political party, with some people desiring this more strongly than others, in the end, a preference is just a preference. Studies have also found that up to 30 percent of all married couples in the United States are a mismatched partisan pair. The success of these marriages speaks to the couple's good communication and conflict resolution skills. Although political affiliation can be a big part of some people's lives, it certainly isn't everything!