Women's libido and their sexual desires and preferences are oftentimes stereotyped by movies, music and the general public. It's easier for people to place sweeping generalizations on women than to actually understand how women function, and that's how stereotypes are born. Thanks in large part to typical gender roles we place on both men and women, there are some common misconceptions about the female libido and how women function in regard to their desire. It's time to debunk these widely-held women libido myths! Take a look at our list of five myths about the female libido, as we uncover the truth of the matter:

Traditional thinking about women libido is that men are the more sexual driven gender, constantly thinking about sex, while women aren't all that concerned with it. Try again! Research has shown that women and men are equally likely to be the partner who desires sex more. Multiple studies have proven that the age-old thinking that men are far more obsessed with sex than women is just flat wrong. Women are just as likely to be the partner with a higher libido. 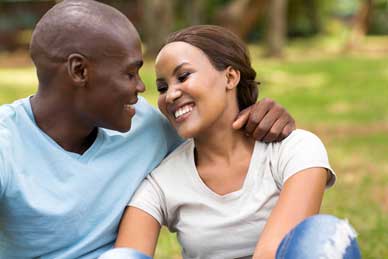 Another misguided women libido myth. Stereotypical thinking is that women need to be emotionally attached to a man in order to want to have sex with him, while men aren't required to have this connection and can simply sleep with whoever they find attractive. Dated studies were used to prove this point, asking men and women if they would sleep with a certain member of the opposite sex, or go on a date with them. Far more men replied that they would have sex with the given woman than vice versa.

But a recent study has reversed that thinking. This study asked women about the possibility of sleeping with an attractive celebrity. With the social stigma against casual sex removed, as well as the fear of any physical danger, women were just as likely as men to be interested in casual, "no strings attached" sex. While it's true that an emotional connection can be a strong motivator for a sexual connection, it's simply not true that an emotional connection is a prerequisite for women wanting sex.

Many people think that estrogen for women and testosterone for men is the only thing that drives an individual's libido. This is why people think teenagers have higher libidos, because of a greater flow of hormones in the body. Wrong again. Hormones do have an effect on women libido, but there is far more controlling women's sexual desires than just estrogen levels. Neurotransmitters in the brain release certain chemical signals that are linked to sexual desires. The release of dopamine and serotonin work as a reward system in your brain and trigger increased levels of desire. We are all hardwired differently with these chemical releases, which results in differing levels of libido. People like to generalize and make it simple by saying hormones are the sole determining factor at play, but it's much more complicated than that. 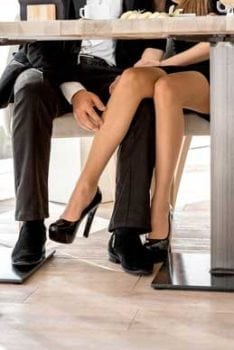 Another stereotypical gender role at play. Men are always thought of as the initiators, the ones to make the first move. We live in a culture where it's somehow more acceptable for the male figure to be the initiator. But when stereotypical gender roles are stripped away, things change. A study of speed dating showed that when women are the ones who change places and make the rounds, their sexual desire increases and the odds of them making a move increase. Pursuing an object of desire is a human instinct—one that has been subdued for women by our culture.

Many men believe that women with high sexual desires are few and far between. False. A study of 932 women that sent a survey questioning sexual tendencies found that 52 percent of women are "highly sexual." The survey did not measure sexual desire directly, but it proved that women with a strong libido may not be as rare as we assume.

Female Libido: Why There's No "Magic Pill"
Tribulus Terrestris for Healthy Male Libido
The Neurochemistry of Romance and Attraction