Popular Myths About Low Libido That Are Actually False

Because it's a topic that's often not discussed, there can be a lot of confusion surrounding the true definition of low libido and its causes. Myths about low libido are damaging because false beliefs can prevent people from making changes that may be beneficial to their sex lives. The prevalence of myths about low libido is likely due to peoples' hesitance to discuss low libido openly. After all, most people don't want to go around telling their friends their sex life is dead. Here are five myths about low sex drive, accompanied by their five respective truths.

1. Low Libido Means There's Something Wrong With You

Low libido doesn't mean you're broken or "frigid."  A surprisingly large percentage of people experience low sex drive in their lifetime, so you're not alone. A lack of sexual desire is only really a problem if you wish you had more of it. Even if this is the case, you're still perfectly normal.

2. Only Women Suffer From Low Libido

Many people often think of low sexual desire as a female complaint. This simply isn't true. Although up to 40 percent of women of all ages experience low libido, up to 25 percent of men also experience it. Women are more likely to have low sexual desire in part because they have less testosterone than men, but men also experience it nonetheless. A reason people might not typically think of low libido as being a male problem is because men who suffer from low libido are hesitant to discuss it openly, perhaps fearing it could cause others to perceive them as "unmanly." In reality, having less sexual desire than before does not signify any loss of manhood, but rather it's just another medical condition that can be treated. 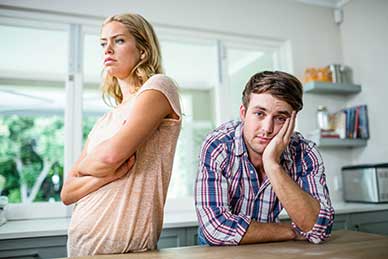 Although hormones have great influence on sexual desire, to say that hormone imbalance is the only reason for low libido is a great oversimplification. Loss of sexual desire can occur for psychological reasons including stress, depression, anxiety, poor body image, or past or current abuse. Non-hormonal medical conditions like arthritis, cancer, coronary heart disease, diabetes and high blood pressure are known to reduce sex drive for some people. Certain substances that go into the body can also influence sexual desire, so alcohol, drugs, smoking and some prescription medications can be the culprit. Problems with the sex itself can also take away your desire for it, and these problems might include pain during sex, inability to orgasm, or poor communication with your partner about sexual preferences and needs. Low libido can even be caused by a sedentary lifestyle. Because there are so many factors that influence low sex drive, it's important to consider every angle when trying to solve the problem.

It's true that sex is not the most important part of a committed relationship. Nevertheless, it is still crucially important, and some people don't realize this. Not having enough sex with your partner can cause him or her to feel unloved, rejected and frustrated, especially if your partner has a noticeably higher sex drive than you do. For the sake of the health of your relationship, it's important to attend to your partner's needs. This means it's a good idea to make an effort to have sex more often, even if you aren't in the mood yourself. This can be made into an easier task by taking steps to increase your own sex drive, so that you'll look forward to it as much as your partner does.

5. Nothing Can Be Done About Low Libido

Too many people resign themselves to having a low sex drive, and therefore having infrequent sex. Although the solutions to low libido may not seem immediately apparent, there are lots of them out there. Here are a few steps you can take: