Researchers have long known that sleep deprivation is detrimental to your health. Not only does not getting enough sleep cause morning grogginess and lack of mental clarity, it can also cause a range of negative health effects, including lowered testosterone levels, which in turn can lead to low libido.

Not Getting Enough Sleep Damages Your Health

One survey found that nearly one-third of American adults get less than six hours of sleep every night, although the recommended amount is at least seven to eight hours. This is a very unfortunate statistic considering the negative short-term and long-term health effects of sleep deprivation.

The effects of not getting enough sleep are immediately noticeable upon awakening. The lack of energy and decreased alertness that you experience as a result of not getting enough sleep harms performance in many areas of life including academics, career and relationships. Getting just one-and-a-half hours less sleep than you need is enough to reduce your alertness by up to one-third. Sleep deprivation can also double your risk of getting injured on the job, and the National Highway Traffic Safety Administration estimates that at least 100,000 car crashes, 71,000 injuries and 1,500 deaths happen each year as a result of driving while drowsy.

Lack of Sleep Can Harm Your Libido 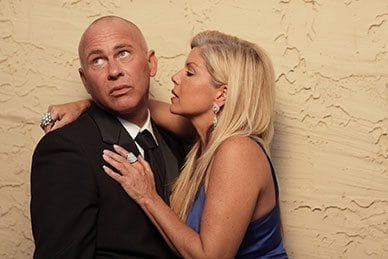 Testosterone is one of the most important hormones when it comes to having a healthy sex drive, especially in men. Research has shown that not getting enough sleep lowers testosterone levels. In fact, for men, the majority of testosterone release takes place during sleep, so getting enough of it is crucial.

In one study, fourteen healthy men with an average age of 27 were allowed to sleep for ten hours a night for two nights, and then four hours a night for five nights. Their food intake was controlled and their blood was sampled regularly. The researchers found that sleep restriction impaired glucose metabolism, reduced levels of sex hormone binding globulin and increased the body's levels of cortisol, a stress hormone. Reduced levels of sex hormone binding globulin means that blood testosterone levels are not able to rise as high as they normally would.

In a different study, 10 men with an average age of 24 were allowed to sleep for 10 hours a night for three nights, and then for five hours a night for eight nights. Blood sampling found that testosterone levels were up to 15 percent lower after sleep deprivation than during the restful period.

Many may not get enough sleep on weekdays, but most of us get enough sleep on the weekends. This may be at least partially beneficial, according to a 2015 study. Data from 19 men showed that weekend "catch-up" sleep restored normal testosterone levels as well as normal insulin sensitivity.

Tips for Getting Enough Sleep

Although sleeping in 'til noon on Saturdays may help your hormone levels a bit, your best bet is to get enough sleep every single night. Make this a habit by making sleep a top priority. Good sleep hygiene will help you fall asleep faster and sleep more peacefully. These pointers can help you get enough sleep and maintain your health and libido.