The Connection Between Sleep Apnea and Sex Drive

If you or a loved one has sleep apnea and have noticed a lagging libido, it might make sense to learn that sleep apnea and sex drive may be related, according to recent research. Over the last several years, doctors began hearing from men and women complaining of sleep apnea who also related a significant change in their sex lives. Dramatic differences in the number of times couples were having sex brought patients to their doctors with concerns of other health problems that may be contributing. Although there are many factors that can lead to low libido, one diagnosis showed up frequently enough to ring some alarm bells that there could be a correlation.

What is Sleep Apnea? 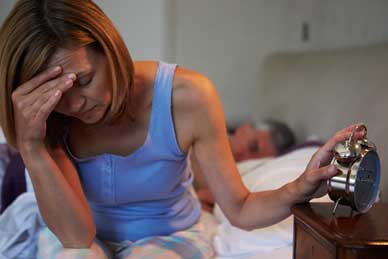 Sleep apnea is a condition caused by an obstruction to breathing when asleep, usually because the muscles relax in the throat, restricting the airway. This leads to snoring, choking and gasping that may also wake the person up so that they are unable to experience a solid night's sleep. Because this pattern may repeat between five and 30 times every hour, it affects both the amount and the quality of sleep significantly, disrupting the appropriate sleep patterns that are necessary for the mind and body to rest and repair itself. There is also a significant disruption in oxygen flow. One of the side effects of lower oxygen flow overnight is low production of testosterone, a hormone that is produced in higher amounts with better sleep quality and that is related to libido in both men and women.

Researchers jumped on the case as early as 2002 to try to explain why those with sleep apnea would also complain of sexual dysfunction and lowered libidos. Low levels of testosterone seemed to be the culprit linking sleep apnea and sex drive. Studies were conducted to rule out other factors that also can cause or be related, such as age and other significant illnesses, especially for women. The research kept pointing back to noticeable rates of sleep apnea among participants. In a 2009 study conducted with 401 men, researchers discovered that 70 percent of the men with sleep apnea also experienced erectile dysfunction, compared to only 34 percent of the men in the study who did not have sleep apnea. Recognizing that as statistically significant and wondering about previous studies that had noted lower testosterone in those with sleep apnea, additional research was conducted.

The Link Between Sleep Apnea and Sex Drive 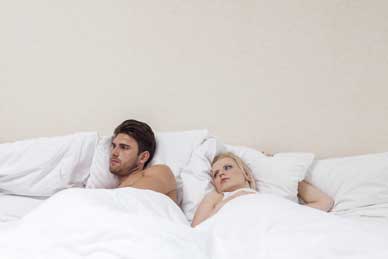 Testosterone is important for more than just sexual libido. It also helps the body to build muscle, bone density and strength. It is thought of as a male hormone, but it is present in women in lower amounts as well and affects mood and energy levels. Low testosterone levels impact important functions of the body and mind in both men and women that can also cause lowered libido due to simply lacking energy for sex, while also directly impacting sexual interest. In men, insufficient sleep can lower testosterone by up to 15 percent in just one week.

Insufficient sleep leads to fatigue and overall lowered energy, but researchers also discovered that the lack of sufficient oxygen flow caused by sleep apnea directly impacts testosterone production. The value of a good night's sleep is far higher than many of us realize! The link between sleep apnea and sexual dysfunction is related to lowered rates of testosterone for both men and women, but because of the condition it isn't so simple as telling sufferers to go to bed earlier to fix the libido issue. The underlying cause is the sleep apnea, which needs to be addressed.

The two primary treatments for sleep apnea are uses of a breathing machine and corrective surgery. 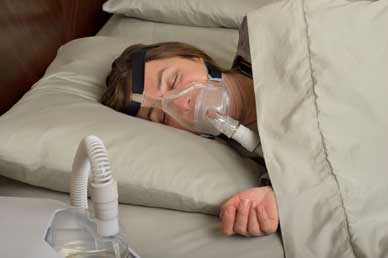 The most common breathing machine used for sleep apnea is called Continuous Positive Airway Pressure (CPAP), but there are other options as well. A CPAP mask is worn during sleep and functions by providing an increased air pressure that helps to keep the airway open better. Finding the right mask and adjusting the straps are important to getting the CPAP working correctly for individual needs. Along with this treatment doctors may also recommend lifestyle changes, such as weight loss for some, and quitting smoking.

Corrective surgery is usually only an option after other treatments have failed, but may be necessary for some people because there could be an abnormality, such as a deep palette or other jaw structure problem that causes the obstruction to be more pronounced. Surgery can adjust the jawline or remove excess tissue to solve this issue. Fortunately, better sleep solves the medical causes of low libido relating to sleep apnea and sex drive. Follow up with patients from studies points to satisfying sex lives being one of the benefits of appropriately addressing the sleep apnea, so there is hope.