Most people are familiar with the symptoms of menopause, which include hot flashes, fatigue, loss of libido, and depression. Most of these symptoms are caused by an abrupt stop in the production of female hormones such as estrogen.

Although doctors once treated symptoms of menopause almost exclusively with hormone replacement therapy, new evidence suggests that HRT can increase the chance of developing certain types of cancer. The result is that many women struggle with life-altering symptoms while modern medicine has little to offer. However, a growing body of research suggests that maca, a medicinal root long used in Peru, may offer relief to women going through the change of life.

What Causes the Symptoms of Menopause?

Estrogen, progesterone and other female hormones govern much of the female body throughout a woman's reproductive years. The follicular stimulating hormone, or FSH, stimulates the ovaries in women of reproductive age to produce estrogen and to begin the process of egg maturation. When a woman approaches menopause, which happens around age 50, her ovaries become resistant to FSH and thus rapidly stop producing estrogen. Because many biological processes rely on estrogen, this can affect almost every part of the body. At the same time, women abruptly stop making progesterone, another important female hormone.

The decrease in estrogen and progesterone production is very rapid, so there are many estrogen receptors on cells throughout the body that are suddenly not being activated. In addition, the brain begins making increasing amounts of FSH and other stimulatory hormones when estrogen and progesterone levels fail to rise. These factors are what cause most of the symptoms of menopause. Over time, the body makes fewer receptors for female hormones and most of the symptoms of menopause stop. However, this process can take years. 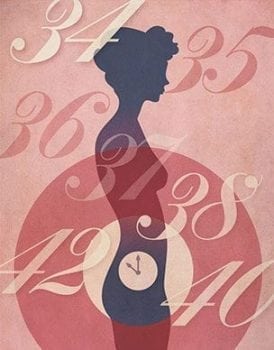 How can a root relieve hot flashes and other symptoms of menopause? While many folk therapies, such as soy, contain plant estrogens, these may increase the chance of developing cancer just as hormone replacement therapy does. Maca does not contain hormones, but it is rich in plant sterols. The unique sterols in maca encourage the female body to create the balanced mix of hormones that it needs to stop the symptoms of menopause.

Put simply, maca encourages the ovaries to gradually stop making female hormones rather than doing so suddenly. The gentle cessation of hormone production produces far milder symptoms and, at times, no noticeable symptoms at all. Because maca contains no hormones, it is not believed to pose the same health risks as hormone replacement therapy. Maca is a safe and natural alternative treatment for the uncomfortable symptoms of menopause.

Maca has a long history of being used not just for menopause, but for a wide range of female hormonal issues. It is currently recommended for PMS, infertility and loss of libido in addition to symptoms of menopause. Menopause is not a modern problem; women throughout history have suffered the same symptoms. Because of the lack of pharmaceuticals prior to the 20th century, there are several tried-and-true folk remedies that are purported to relieve these discomforts. South Americans have long known about the link between maca and menopause relief, but this root is now available in the Northern hemisphere as well.

There is no "cure" for menopause because it is a natural and healthy change. However, the symptoms that occur from abruptly-fluctuating hormones can be incredibly uncomfortable and make it difficult for women to enjoy a healthy and active middle age. Ancient Peruvians were right about maca and menopause relief, making this an excellent choice for modern menopausal women.