Date Your Spouse to Nurture and Strengthen Your Relationship

It's fairly common in this day and age to have a somewhat pessimistic attitude toward the institution of marriage. A fair portion of people believe that marriage is usually a toxic, unhealthy arrangement that is doomed to eventually fail. These distrustful beliefs seem to fuel the growing trend of eschewing marriage.

The mistrust that many people have for the institution of marriage is at least partly fueled by the pervasive myth that 50 percent of all marriages end in divorce. This inaccurate statistic, when mentioned, is often accompanied by the claim that the divorce rates are rising by the minute. In fact, the opposite is true.

Divorce Rates Have Been Declining 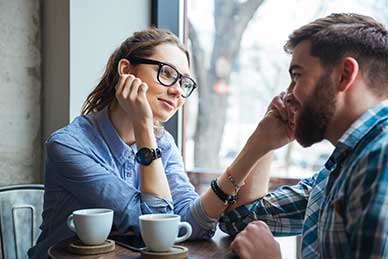 Divorce rates in America peaked during the '70s and '80s. Since then, divorce rates have been steadily declining. Social scientists speculate about the reasons for lower divorce rates, such as the concurrent trends of marrying later in life and using contraception. Since marriage has become less of a socially-expected "requirement" for having a successful and respectable life in the past couple of decades, people are only getting married if they really want to, boosting their chances of a strong, lifelong bond.

There is no logical reason to have mistrust for the institution of marriage, as far as the possibility of lasting love goes. Your chance of having a lasting marriage are higher than ever. Beyond the socioeconomic factors that have led to the decline in divorce rates, above all, the marriages that last the longest are those in which the spouses put in the most effort into maintaining passion, intimacy and friendship. The methods for keeping these things alive in a relationship are best summed up as "dating" your spouse.

Why You Should Date Your Spouse

"Dating" in the conventional sense refers to a period of courtship that ends after marriage. Most people think of dating and marriage as being separate phases. However, a better way to look at it is that dating is a continuous practice of spending quality time with your spouse and getting to know them better. Yes, you can and should continue to get to know your spouse long after the wedding!

It's easy to fall into the trap of looking for a "quick fix" that will lead to a magical relationship. Suffice it to say, there is no such quick fix. The only way to create the marriage of your dreams is to cultivate certain practices and put them to use every time you interact with your spouse.

You should date your spouse because love-marriages are based on shared intimacy and connection. Making an effort to "date" your loved one throughout both of your lives is one of the only ways to keep a high level of intimacy alive through decades of a stressful 21st-century lifestyle. Date your spouse to stay afloat among the torrent of career pressures, social obligations, chores, errands, children, financial stresses and everything else. 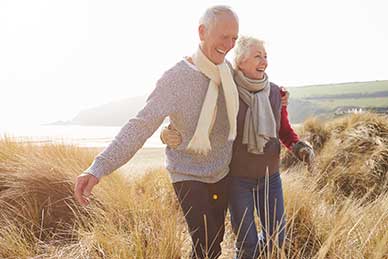 First off, don't brush aside the cliché marriage advice to schedule regular date nights. It probably seemed like less effort to go out on regular dates when you and your spouse first met. As with many beneficial practices, such as staying in shape or having regular sex, going out on dates is something that you need to put more effort into after a certain point in life. Just because you don't feel like going on dates as often as you used to doesn't mean that the relationship benefits of doing it are no longer there.

Go out on a date with your spouse as often as you have the time, energy, and money for, even if this is only once a month. Try using Groupon as a dating resource, or any other coupon sources that you can find, to make it very affordable to date your spouse. It's also fun to do something different every time. Don't be afraid to try something new to avoid getting stuck in a rut and doing the same thing every week. For instance, you could make a date out of:

It's not just going on dates that matters. A key to successfully "dating" your spouse is to not neglect all of the little things. Don't forget to kiss your spouse good morning and good night. Say "I love you" regularly and freely. Keep having as much sex as necessary to satisfy both of you. Small gifts, acts of service, flirtatious text messages and encouraging words can go a long way in making your spouse feel special.