The Biology of Love and Romance

“How was your date last night?”
“Oh, it was fun! He’s good looking, a great dancer and really successful!”
“I’m so happy for you! Are you going to see him again?”
“No, probably not.”
“Why not? He sounds perfect for you!”
“Oh, I don’t know. There was just no chemistry between us.”
“Ah. I know what you mean. No spark.”
“Right. It just wasn’t there.”

Sound familiar? It seems that friends and lovers, poets and playwrights have always been intuitively aware of the role of brain chemicals in creating a romantic bond, in other words the biology of love and romance. Only in the last decade or so have neuroscientists begun to seriously explore the interaction of genetics, brain chemistry and physiological responses that culminate in lusty attraction, romantic fascination and long-term attachment. As true science dictates, research results that seem to point to a conclusion cannot be considered sure facts. Another rather humbling point is that most of the research has been with rodents, whose brains are surprisingly similar to humans. Nevertheless, the results of tests done with animals are carefully verified albeit in less intrusive and more ethical ways in human subjects as well.

What Causes Humans to Go Out on the Prowl?

It begins with good old testosterone and estrogen, key players in the biology of love and romance. Actually, testosterone is responsible for libido, or sex drive, in both men and women and creates the physical desire for sex. This accounts for those lusty urges that can lead to one night rendezvous with someone completely incompatible, as well as the one that later leads to a committed relationship.

Why Was That Seemingly Perfect Man Not a Match? 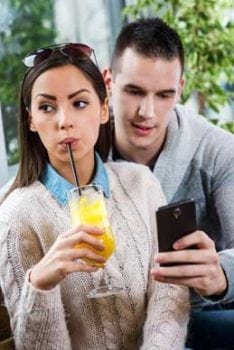 What was missing? According to Martie Haselton, PhD, who's with the communication studies and psychology departments at the University of California, Los Angeles and Charles Wysocki, PhD, a researcher at Monell Chemical Senses Center in Philadelphia, that first spark of interest that causes a person to choose one potential lover over another may be dictated by the biology of love and romance in the form of a set of genes associated with the sense of smell known as major histocompatibility complex, or MHC. Ever heard the saying, “opposites attract?” It seems the greater the difference in MHC between two otherwise compatible and desirable prospective mates, the greater the initial attraction.

Sex Drive and MHC are in Line, What Next?

Ever heard the term “lovesick?” The drive is there. The attraction is there. And then, the world is turned upside-down. Fisher, a professor of anthropology at Rutgers University in Newark, N.J. found that levels of the brain chemicals or neurotransmitters dopamine, serotonin and norepinephrine are elevated in ways that almost mimic obsessive-compulsive disorder or a manic phase of bipolar disorder. These are the chemicals in the biology of love and romance that bring a cycle of pleasure seeking and reward that create that walking on air, head in the clouds, can’t stop thinking about him or her phase of love that might even feel like a drug. 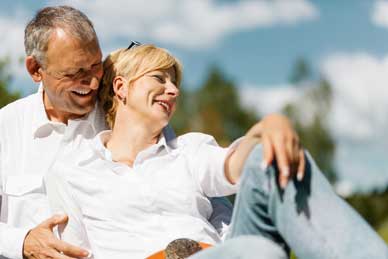 If those lusty, romantic, obsessive feelings that lead to love, sex and marriage didn’t occur, the human race might die out. Conversely, if they stayed forever, the human race might die out. We might never settle down at work, plan ahead, or pay attention to our children. What keeps couples together after the initial high of being in love wears off?

Researchers, including Thomas Insel, MD, director of the Center for Behavioral Neuroscience at Emory University in Atlanta, and Sue Carter, PhD, a professor of psychiatry at the University of Illinois at Chicago, isolated two brain chemicals that play a role in long-term attachment. The first, oxytocin, is released during orgasm and also during childbirth and lactation. It creates that feeling of warmth, attachment and affection between couples and as well as in mothers for their children. The second chemical is vasopressin. It is released just after sex and creates an attachment and protective bond in males.

In studies with prairie voles, a rodent known for monogamy, the presence of vasopressin usually kept a male from mating with a new female even when his “wife” was removed from the colony. When the “married” males were given a drug to suppress vasopressin, they forgot their bond and no longer defended their mate from other males. If vasopressin is produced just after sex and plays an important role in long-term attachment and commitment, couples who want to keep their marriages strong should seriously make sex a priority.