The Connection Between Low Libido and Self-Esteem

There appears to be a significant connection between libido and self-esteem. This brief article will explore the causes of low libido, the relationship between these two important physical and psychological conditions and methods individuals stricken with self-esteem issues might employ to bolster their libido.

The Causes of Diminished Libido

Living with a decreased sex drive can often be frustrating and disheartening. Low libido can be the result of several biological and psychological causes including:

Declining hormone levels are a naturally occurring health malady that impacts both men and women as they age. When people grow older, their reproductive and sexual organs do not produce the hormones vital to sexual drive and potency with the same vigor as during their younger years. This is especially true in relation to the hormone testosterone. Though known to many as the primary male sex and reproductive hormone, this chemical is just as crucial to helping a woman maintain a strong libido.

However, a woman's libido can also be impacted by menopause. Menopause typically begins in the late forties or early fifties and categorizes the life stage at which a woman's ovaries cease production of the critical female hormones estrogen and progesterone. During menopause, a woman loses her ability to become pregnant but might also experience a myriad of physical and emotional symptoms highlighted by diminished sex drive.

Stress can be elicited by numerous external factors such as work demands and financial concerns. Regardless of the source, however, stress might cause an impacted person to become too anxious and preoccupied to enjoy sex or perform well during the activity.

Dissatisfaction With A Sexual Partner

If either partner is dissatisfied with or harbors a level of animosity towards their significant other, the closeness necessary to produce intimacy does not exist and thus a diminished libido could result.

Some people might think a few drinks might loosen their inhibitions and stimulate their sex drive. The truth could be the exact opposite. In reality, alcohol intake may precipitate performance issues like erectile dysfunction or a woman's inability to experience an orgasm. Therefore, drinking prior to a sexual encounter might be a hindrance to both the individual consuming the booze as well as to his or her partner.

Many chronic or serious health maladies can not only impact a person's sexual function but also sap their energy, rendering them too tired to engage in sex.

The Connection Between Libido And Self-Esteem

Diminished libido can have a profound impact upon an individual's psychological state and could result in any number of manifestations including low self-esteem. Sex is often a major component of any couple's relationship and, if one partner is struggling with sexual issues, such conflicts could have a significant influence over their self-worth as well as said individual harboring feelings of inadequacy and inferiority. 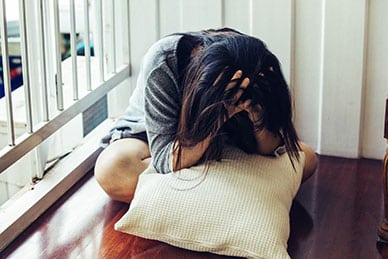 Moreover, some people, especially those who have suffered some type of sexual disappointment or perhaps even sexual trauma, might not consider themselves sexually viable or appealing. Someone embroiled in this type of circumstance could eventually want to avoid all thoughts, mentions of or participation in sex.

What Steps Can Be Taken to Overcome Libido-Induced Self-Esteem Issues?

The good news? If either you or your partner are experiencing low libido or low self-esteem, there are a number of steps you can take to help mitigate the issue and restore physical and psychological balance.

Address The Underlying Cause

Before any therapeutic measures can be undertaken, of paramount importance is the identification and treatment of whatever underlying condition is precipitating the problem. If the malady is produced by a health issue, remedying the specific ailment might produce results. For example, if self-esteem-related diminished sex drive is linked to low testosterone or a decrease in some other vital sexual hormone, hormone replacement therapy might be indicated.

Of course, if circumstances can be traced back to any other specific medical cause, treating said health concern might improve your libido. That said, specific treatments will also be contingent upon the exact cause, the severity of the illness and other factors such as the stricken person's age and overall health.

However, if the low libido can be tied to a more personal or psychological issue, other more simple efforts might prove successful such as:

Complimenting The Person In Question

Individuals with low self-esteem related to low libido might be very body conscious. Positively reinforcing how such an individual dresses or appears could go a long way to helping them gain a better opinion of themselves.

People with self-esteem issues might possess beliefs about themselves that their partner or others might not notice or understand. When such conditions arise, it is important to be supportive and give said person the space to work these feelings and emotions out in their own way.

It is important to reiterate that helping someone conquer self-esteem issues heavily relies on positive reinforcement. There are few ways to better accomplish this task than by repeatedly stressing the individual in question's good qualities and praising them for possessing these solid attributes.