A new study from Denmark focusing on relationships between friends, family and even neighbors shows a connection between how much stress and conflict there is in relationships and risk of early death. Among those most affected by stressful relationships were men and the unemployed.

In this study, published in the Journal of Epidemiology and Community Health, Rikke Lund and colleagues from the University of Copenhagen examined data tracking the health of nearly 10,000 men and women ranging in age from their 30s to their 50s at the beginning of the study. These participants' health was tracked for over ten years, from 2000 to 2011. In the study, participants were asked questions about worries and conflicts that presented themselves in their lives and who was responsible for these. The level of emotional support available to each participant was also gauged. 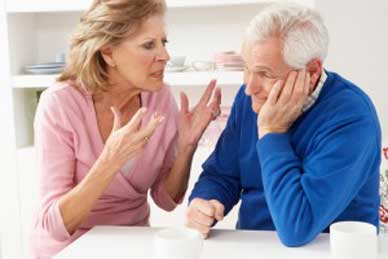 Some of the results were telling: Approximately 10 percent of the participants named their significant other or their children as frequent causes of stress (in the form of demands or worry caused by these family members), with six percent also admitting to arguing often with these important people in their lives. About six percent of the participants experienced frequent stressful relationships involving family members other than their significant other or children, two percent of which involved frequent arguing, and only two percent often experienced similar situations involving friends, half of which involved frequent arguments.

Over the course of the study, approximately six percent of the male participants and four percent of the females passed away, with causes of death ranging from cancer (most common) and heart and/or liver disease to accidents and suicide. Comparing the relationship between demands and worry caused by family and friends and death rate, it was found that in general, frequent stress relating to close family and friends doubled the risk of early death. Frequent stress relating specifically to one's children increased the risk of death by about fifty percent. Surprisingly, those who experienced frequent conflicts with their neighbors had over three times the risk of early death.

This study shows how important it is to have a healthy support network of friends and family and that keeping conflict to a minimum can have health-protecting consequences.  It also highlights the dangers inherent in maintaining too many stressful relationships.

Julianne Holt-Lunstad of Brigham Young University in Utah, who did not take part in the study, summed up the study's significance: “I think it really adds to our broader understanding of the influence of relationships, not only on our overall health, but on our longevity—how long we actually live.”