It can be argued that too much attention is given to the most well-known aspects of menopause, while other aspects are not in most women’s awareness. Everyone knows about the symptoms you experience after you have reached menopause; hot flashes and night sweats are particularly famous. However, many are ignorant of just how wide of a range menopause symptoms really span. Premenopause symptoms also get less attention than those of post-menopause.

Which Symptoms Occur During Premenopause? 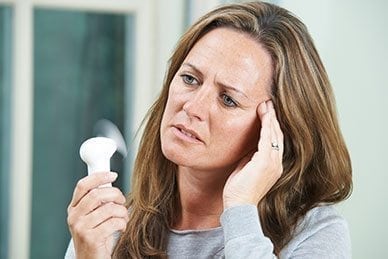 The reality is that about 25 percent of women experience menopause-like symptoms in the years leading up to their actual menopause, which officially occurs when you have not had a menstrual period for one year. The average age for menopause is 51, yet many women start to experience premenopause symptoms in their forties. This 25 percent figure is taken from a recent study published in the journal Women’s Midlife Health. Doctor Harlow, the lead author of the study, says that this phase of a woman’s reproductive life deserves more attention than it has gotten, as it is a critical phase to undertake any necessary health interventions.

This study revealed something that has gone against the conventional image of what menopause looks like: Hot flashes and night sweats are not actually the most severe symptom of the hormonal changes that women experience in middle age. Rather, there are a wide variety of possible ailments including depression, anxiety, aches and pains, fatigue and sleep disorders. The researchers found several factors that make premenopausal side effects more severe, such as obesity, smoking and having financial difficulties.

Many aspects of culture such as health magazines, TV commercials for pharmaceutical and over-the-counter medications, and anecdotes from friends and family would have us believe that menopause is mainly characterized by hot flashes and night sweats. In order to more accurately assess our health during menopause, we should instead be on the lookout for a much broader range of menopause symptoms. These can include many varieties of mood disturbances, fatigue, difficulty concentrating, weight gain, changes in skin and hair, dizziness, urinary incontinence, bone loss, changes in cholesterol and much more.

We should also remember that these health problems can start much earlier than actual menopause. Estrogen levels start to decline during midlife, around age 35 or 40. A woman’s periods will typically become more and more irregular until they vanish for good, and the years leading up to actual menopause are often referred to as “perimenopause.” Until then, you may experience menopause-like symptoms due to your changing estrogen levels. Being aware of what these symptoms are will make you better able to take charge of your health. 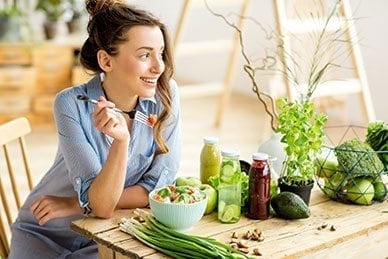 Doctor Harlow suspects that the nature of the ways premenopausal symptoms cluster together could be indicative of other underlying problems. Women who experience a lot of symptoms, or particularly severe symptoms during perimenopause may have high inflammation, for example. High inflammation and other possible underlying mechanisms could put you at higher risk for serious health conditions. Health problems associated with excess inflammation throughout the body include:

Though taking good care of yourself is very important at all stages of your life, you may want to reprioritize a healthy lifestyle if you find yourself suffering from a lot of perimenopause symptoms. If this is the case with you, it is especially important to take care of your health.

The typical guidelines for a healthy lifestyle may be a little cliche since they are repeated so often, but do not underestimate their importance. Avoid alcohol and tobacco, exercise regularly, get enough sleep and manage stress in your life. Many premenopausal and menopausal women find that implementing these guidelines is enough to significantly alleviate their symptoms. Exercise, in particular, is very powerful; in fact, menopausal women are more sensitive to the benefits of exercise than younger women, so it is never too late to start.

A healthy diet is paramount. Consider eating a low glycemic diet, which can reduce your risk of metabolic syndrome. Metabolic syndrome, in turn, increases your risk of heart attack, stroke, type 2 diabetes, elevated cholesterol and triglycerides and high blood pressure. Eat fruits and vegetables from every color group: orange and yellow, green, blue and purple, white and red. Optimally, you should eat at least five servings of fruits and vegetables each day. Eating plenty of fruits and vegetables from all color groups will provide you with the best range of vitamins, minerals and antioxidants that will improve your overall health, reduce inflammation and even slow aging.

Relieving Symptoms in the Meantime

It may be some time before you actually experience a reduction in premenopausal or menopausal symptoms after implementing healthy lifestyle changes. In the meantime, you can take natural supplements to relieve symptoms. One of the best herbs for perimenopause and menopause is maca. Research proves that it is effective for alleviating menopause symptoms, especially if your symptoms are related to depression, anxiety or low sex drive.

Some other herbs that many women see success with include Asian ginseng, black cohosh, evening primrose, flaxseed, magnesium, soy and red clover.