Scientists Determine Too Much Sugar is Harmful to Mental Health

Sugary beverages have long been linked to heart disease, obesity, poor oral health and other consequences. Despite this, millions of people across the world drink soda daily for an artificial energy boost. According to new research, sugary drinks don't just contribute to premature death; sugar harms mental health in men as well.

The new study, published in the journal Scientific Reports, found that men who consume over 67 grams of sugar per day were at a higher risk of depression, anxiety and other mental health disorders after five years. While soda and sugary drinks are most likely to contribute to high sugar consumption, the effect was the same among men who consume too much sugar in food.

Previous research has suggested the link between mental health and sugar is due to "reverse causation," which is the possibility that a mood disorder can lead to higher sugar intake, which means the association is due to poor mental health, not high sugar consumption.

For this study, the researchers attempted to understand whether sugar consumption can really influence the development of depression and other mental health problems.

The team analyzed data from over 10,000 participants, 67 percent of whom were men, between 35 and 55. Over 22 years of follow-up data, the participants completed questionnaires about their diet. This was used to calculate the participants' daily sugar intake from 15 sweet drinks and foods. General health questionnaires and interviews were also used during the follow-ups to identify the development of common mental health disorders.

The study found that men who had the highest sugar intake, or over 67 grams per day, were 23 percent more likely to develop mental health problems five years later compared to men who had the lowest sugar intake, or under 39.5 grams. This risk was found after accounting for other factors like sociodemographic factors and any other dietary factors. The same link was not found in women. 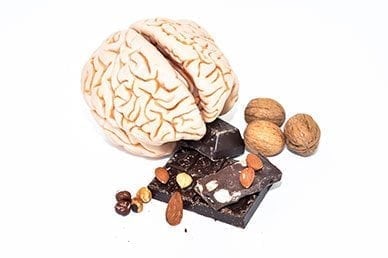 This isn't the first study to link sugar consumption with mental health. Another recent study published in the American Journal of Clinical Nutrition suggested a diet high in starches and sugar could contribute to depression.

In this study, psychiatry professor James Gangwisch examined data from about 70,000 postmenopausal women who participated in a research study in 1994 and again in 1998. His team analyzed the quantity and quality of the carbohydrates in the participants' diets and applied glycemic index (GI) scores to every food. The glycemic index scores foods on a scale of 0 to 100 based on how the food raises someone's blood sugar level. Each woman's glycemic load, or the amount of carbs she ate, was also determined.

It's believed that sugar harms mental health by triggering a cascade of hormonal responses that crash blood sugar levels, triggering symptoms of depression like behavior changes, fatigue and irritability.

In addition to an increased risk of mental health disorders, excess sugar consumption increases the risk of tooth decay, heart disease, type 2 diabetes, gout and obesity. Drinking even one 20-ounce sugary drink per day can result in 25 extra pounds gained per year, according to the Boston Public Health Commission, with about 16 teaspoons of sugar per 20 ounces of soda. The average adult would need to walk briskly for 45 minutes to burn off the 250 calories in a 20-ounce sugary drink. The total health costs of obesity alone in the U.S. now exceed $147 billion.

While adults and children are recommended to consume no more than 10 percent of their total daily calories as added sugar, the CDC reports that adults typically consume 13 percent of their daily calories from sugar. Most of this sugar comes from sugary drinks, cookies, cake, candy and ice cream. The average American consumes nearly 20 teaspoons of sugar per day or 320 calories, but the American Heart Association (AHA) recommends no more than 100 calories or 6 teaspoons of added sugar per day for women and 150 calories (9 teaspoons) for men.

Added sugar is different than naturally occurring sugars, which are found in fruit and milk. Added sugar can be called many names, such as honey, lactose, high-fructose corn syrup, fructose, glucose, brown sugar, maltose, molasses, sucrose, raw sugar and corn sweetener. These ingredients can be found on the ingredients label.

The leading sources of added sugar include soda, coffee, candy, cake, cookies and ice cream. The CDC recommends replacing these foods and beverages with water and fruit.