Let's face it, when it comes to the topic of birth control most people consider it to be primarily a female issue. For decades, science has devoted much research, time and energy to creating drug preparations intended to reduce a woman’s chances of conceiving. At the same time, sexually active men who yearned to curb their chances of fathering a child were presented with few options. Although some attempts were made to invent a male equivalent to female hormonal contraceptives, research never progressed far enough. As a result, male birth control options have been limited to contraceptive devices like condoms, obtaining a vasectomy or engaging in the most old-fashioned form of birth control: abstinence.

Recently, a renewed effort to create a reliable and effective form of male birth control has taken place. Current research, as well as studies slated to begin in the immediate future, are examining the possibility of establishing accepted medical treatment protocols for men interested in utilizing birth control options.

In 2008, a study sponsored by the United Nations measured the efficiency of a promising male birth control shot containing synthetic testosterone and the female hormone progestin. More than 300 men between the ages of 18 and 45 were administered injections of this preparation every eight weeks. The results were astounding. Sperm counts were dramatically lowered in 96 percent of the test subjects. Unfortunately, however, the injections elicited health consequences in their aftermath including mood swings, depression and heart abnormalities, forcing researchers to halt the study in 2012. 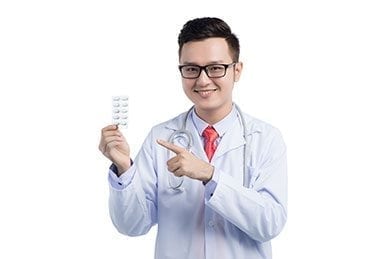 In 2016, a team of researchers from the University of Minnesota College Of Pharmacy reopened the case for male birth control and set out on a quest to identify which chemical substances showed promise for use in formulating a drug that hinders male fertility. During the course of their work, these scientists concluded that finding a drug to fit the bill will be an arduous task because any such substance must possess all of the following attributes:

These researchers also opined that previous attempts at creating birth control designed specifically for men were flawed because they did not adhere to these important mandates. In addition, they believed another key to a breakthrough would rely on researchers not merely trying to identify one drug, but perhaps by adopting the willingness to modify the chemical makeup of specific substances and experimenting with their efficacy.

In early 2018, these same University Of Minnesota researchers reported that they had pinpointed a specific substance that showed promise for eventual use in a male birth control formula. This substance, known as Ouabain, is highly toxic in its natural form and can stop the human heart from beating if used in excessively high doses. The team of scientists have isolated a modified version of Ouabain and found that the substance's offshoot has displayed the ability to reduce sperm motility (the speed and strength with which sperm swim) in laboratory rats.

In addition to the potential advent of a male birth control pill, researchers have developed a gel that might one day also hinder male fertility. In the first half of 2018, researchers representing the National Institute Of Health and a non-profit organization known as the Population Council are scheduled to oversee a clinical trial involving more than 400 men from six nations: the United States, The United Kingdom, Italy, Sweden, Chile and Kenya. In this trial, researchers will test the efficiency of a gel containing Nestorone, a substance believed to inhibit the testicles from producing the quantities of testosterone necessary to create sperm. Test subjects will apply the gel to patches of skin on their upper arms and shoulders once per day for several months. Researchers will then study how many subjects and their partners were not successful in not conceiving as a means of gauging how effective the drug is.

What Do These Studies Mean For The Future?

For many years, scientific research surrounding the advent of male birth control drugs was slow and stagnant. It is safe to say that trend has changed and notable progress has and continues to be made. That said, most medical professionals are in agreement that it will be a number of years before any such preparation is readily available for public consumption.