Although certain religions have long condemned sexual decadence, this conservative trend saw a new revival in the 1700s and 1800s. Many religious revivals were going on in America at the time, setting the stage for many to preach against the supposed dangers of self-pleasuring and other perfectly normal sexual behaviors. These practices were seen as abominable evils and were thought to lead to physical and mental ailments from depression to epilepsy.

This may seem ridiculous to the modern reader, but at the time many Americans took the anti-sex crusade so seriously that they wrote books about putting a damper on sex drive and even came up with a variety of foods developed to curb libido.

The Little-Known Origin of a Popular Snack 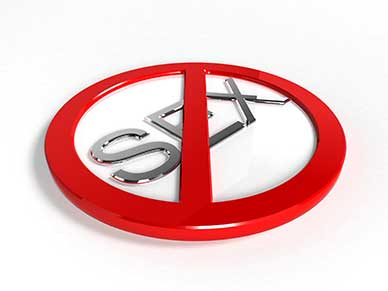 Breakfast Cereal: One of First Foods Developed to Curb Libido

The first cold breakfast cereal was invented in 1863 by James Caleb Jackson, a health food advocate. The cereal was similar to graham crackers, but in crushed form; it was named "Granula." Jackson's motivations for creating this food didn't seem to be religious in nature, as with Sylvester Graham. Rather, Jackson simply believed that a plain diet is best for optimal health.

Kellogg was a part of the anti-sex health food trend, and so he introduced a new breakfast cereal, which he also called "Granula." James Caleb Jackson sued him for copying his product name, so Kellogg changed it to "Granola." Over the years, Kellogg experimented with creating different types of breakfast cereals. One of the most famous of these is corn flakes, another one of the foods developed to curb libido. Kellogg's name is still on dozens and dozens of mass-produced breakfast cereals to this day, although very little of the general public knows the history of it.

So, What's the Verdict on Breakfast Cereal? 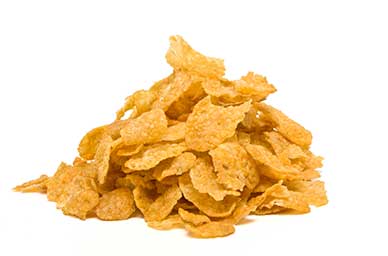 The anti-sex origins of breakfast cereals may seem very odd to us in the modern day. Very few Americans nowadays deliberately attempt to reduce their libido; if anything, people want to increase it. Few people even are aware of cereal's origins and put it in their shopping cart week after week without giving it a second thought. 27 billion boxes of cereal are sold every year in the United States and 92 percent of American families buy it every year. It has become a ubiquitous element of American culture.

It's common sense that eating cereal won't actually reduce your libido. However, some people, such as Jackson, were just in it for the health benefits. Were the health food advocates of the 1800s right? Is eating cereal every morning healthy for you?

Breakfast cereals in the United States are fortified with a wide variety of vitamins and minerals that many people may lack otherwise. In this respect, it can definitely benefit your health. However, a large majority of modern breakfast cereals have tons of added sugar. This is especially true of children's breakfast cereals, many of which can be more than half sugar by weight. Cereal can be a great addition to a healthy diet if you look for varieties with little or no sugar added. Whole grains are even better, as they help to reduce your risk of heart disease as well as you keep you full longer than refined grains.