If you're a man who consistently finds yourself struggling to make it through the day, you're not alone: Low energy in men is a common concern that affects millions of men worldwide. Lack of energy can be caused by a myriad of factors, and symptoms can affect both the body and the mind.

Here, we will examine some common causes of low energy in men, the possible associated physical and mental manifestations and natural ways to effectively boost energy levels.

The Causes of Low Energy in Men

When a man experiences diminished strength and lack of energy on a regular basis, the cause could be hormonal, dietary, lifestyle or biological. Low energy does not simply result in experiencing more fatigue than usual. Significant levels of fatigue can also interfere with one's ability to perform daily tasks and potentially also disrupt specific cognitive functions like concentration and memory. Moreover, other manifestations could accompany low energy. However, such occurrences will greatly depend upon the underlying cause. 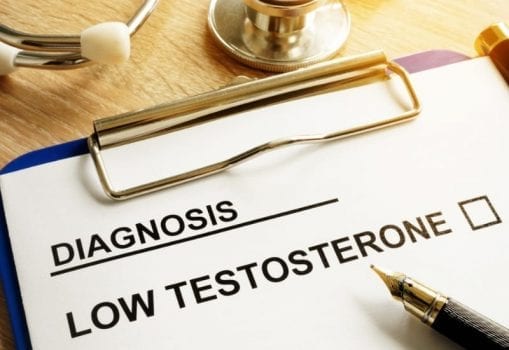 Among the more common hormonal causes of decreased energy in men is low testosterone. Testosterone is the chief male sexual and reproductive hormone. This vital substance is responsible for the growth of a man's bones, muscles and sexual organs. Additionally, the chemical is responsible for stimulating the sex drive (libido).

As men age, their bodies gradually produce diminished concentrations of the hormone. However, andropause (a time later in life during which men experience a quick, steep decline in testosterone production) could elicit numerous bothersome manifestations of which fatigue is often a primary concern.

In other hormone-related instances, an underperforming or overactive thyroid gland could be to blame for the lack of energy some men experience. The thyroid synthesizes and secretes a chemical called thyroxine. This hormone impacts almost every bodily system. Diminished or elevated systemic levels of this substance can precipitate fatigue for a variety of reasons.

Certain lifestyle choices might also lead to energy deficiency. These include:

Fatigue can also be caused by a number of biological factors.

Mental health problems like depression and various anxiety disorders can bring about a lack of energy. The mental fatigue experienced by some individuals with depression and anxiety can also deplete their physical energy levels.

Sometimes, chronic fatigue may be indicative of other more significant medical conditions including but not necessarily limited to diabetes, heart disease, various forms of cancer, chronic fatigue syndrome, specific autoimmune disorders, sleep apnea and asthma brought on by environmental or seasonal allergies.

Men who experience periodic lack of energy might overcome the problem by employing certain natural energy-enhancing techniques such as:

Doctors and nutritionists suggest that good dietary habits are vital to energy level enhancement. Naturally, this means consuming more nutrient-rich foods. That said, health professionals also opine that how often one eats is equally as critical to maintaining proper energy levels. It is recommended that people consume several mini-meals per day in lieu of the traditional three large-meal style. Adopting this practice is said to provide the brain and body with a moderate but steady supply of nutrients.

Water is critical to optimal systemic function. When the body lacks fluid, dehydration can ensue. Low energy is among the first signs of dehydration.

Chronic stress can deplete the body's physical, mental and emotional capacities. While is may be impossible to completely eliminate stress from one's life, the impact of the condition might be limited by executing actions like partaking in a relaxing hobby and only taking on necessary responsibilities.

Though some may find habits like cigarette smoking and alcohol consumption enjoyable tension breakers, these vices might actually contribute to the occurrence of fatigue by promoting conditions such as dehydration and insomnia.

Augmenting the Diet With Nutritional Supplements

In certain cases, energy levels may be increased by augmenting one's diet with supplements containing the vitamins and minerals which are necessary for proper functioning of the body. However, it is possible to boost energy and vitality to an even greater extent by taking a dietary supplement containing all-natural energy enhancing ingredients like maca, ginseng, ginkgo biloba, eleuthero, L-tyrosine and others. One such product is Macabido. This supplement has a clinically proven track record for helping men overcome lack of energy.

In many instances, the preceding suggestions might be all that is needed to help men conquer a lack of energy. However, should low energy linger, worsen or be accompanied by additional bothersome or potentially serious symptoms, medical intervention might be indicated to identify the underlying cause.