5 Important Ways Your Partner Can Affect Your Health

Research confirms that overall, being in a long-term committed relationship is beneficial to your health. Married people may have a 10-15 percent lower mortality rate than single people. Generally, relationships improve the mental health of women, and improve the physical health of men (although, of course, there is much overlap). The health benefits of romantic love are thought to apply mainly to long-term relationships, and not necessarily short-term dating or the early phases of a relationship. Why exactly are relationships good for your health?

1. Pain Study Explains Why Your Partner Can Affect Your Health

Research done by the University of Colorado, partnered with the University of Haifa (located in Israel), has proven that physical contact with your romantic partner acts as a natural pain reliever. Specifically, the study looked at heterosexual relationships—when the female partner was in pain, physical touch with her male partner caused relieved the suffering. The couple’s respiration and heart patterns also started to synchronize. Though this individual study was somewhat constrained—it only examined women in pain who are in heterosexual relationships, and it only recruited 22 couples—it is more than likely that this principle applies to males as well as females, and to those in homosexual relationships.

The authors of the study explain that this is demonstrative of a more big-picture principle: Interpersonal synchronization. This is a general term for a phenomenon where a person’s physiology begins to mirror that of the people he or she spends a lot of time with. Scientists have noticed this happening all across the animal kingdom as well as in humans, and it is an integral part of our species’ deeply social nature. Interpersonal synchronization means your partner can affect many different aspects of your health.

2. It's Easier to Build Healthy Habits if Your Partner Joins In 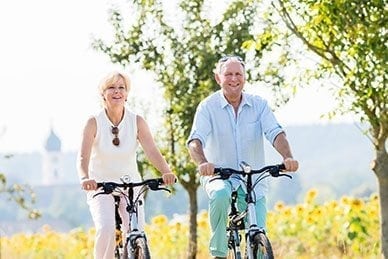 Interpersonal synchronization also happens on a higher level than just base biological processes, spreading also to conscious choices and behaviors. For example, researchers at University College London found that healthy habits are much easier to develop if you make it a joint effort with your partner. Specifically, they found that women who were trying to quit smoking had only an eight percent success rate if their partner kept on smoking in the meantime. This rate jumps up to 50 percent success if the woman’s partner tries to quit smoking at the same time. If the woman’s partner never smoked in the first place, she had just a 17 percent chance of successfully quitting.

Cutting out tobacco is probably not the only lifestyle change that can be made easier by implementing it together with your partner. You will probably find that building habits of exercise, eating healthy and reducing alcohol consumption is also easier if your significant other makes the same change. In fact, this is supported by further research, such as one study that showed that people who start exercising regularly make their partners more likely to do the same.

A large-scale analysis of over 3.5 million Americans found that people who are married, regardless of any other factors, are significantly less likely to suffer from cardiovascular disease. More specifically, being married rather than single lowers your risk of cardiovascular problems by 12 percent in those under the age of 50, by seven percent in those between 51 and 60, and by four percent in those above age 60. Being widowed increases your risk by three percent, and being divorced increases your risk by five percent. The study authors say that the heart health benefits of being married are probably due to the way married people tend to look after each other.

Interestingly, one study found that people whose romantic partners are very helpful and supportive had lower calcium build-up in their arteries, which is a predictor of heart disease. This may be because having an unhelpful, unsupportive partner increases stress levels, which in turn affects cardiovascular well-being.

4. The Effects of a Partner on Mental Health 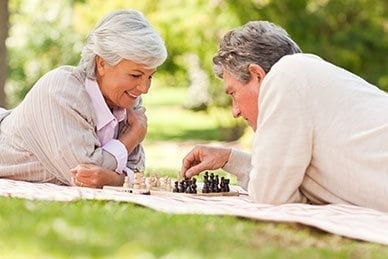 Your relationship status—and perhaps, more importantly, the quality of your relationship—can both have a profound impact on your mental health. A great relationship can make you feel amazing and relieve tons of stress. This is especially true if you have a healthy sex life, as shown by one 2009 study that found frequent sex leads to higher life satisfaction and better mental health. Another study, conducted by the World Health Organization in 2010, examined data from about 35,000 people and discovered that being married, regardless of how happy the marriage was, reduced the risk of developing anxiety disorders and other mental health conditions. Other research has found that being married alleviates symptoms of depression.

Naturally, if your relationship is unhappy or full of arguments, your mental health can suffer as a result due to the heightened stress.

5. The Downsides of a Happy Relationship

However, the interpersonal synchronization between two romantic partners has its downsides. Though healthy habits become easier to form when you do it together, unhealthy habits are also easier to fall into. This is especially true if you are very content in the relationship—research has found that people who are happier in their marriage are more likely to gain weight over the years. It's important to be aware of this effect, and instead make an effort to trend the opposite way—to build a healthy lifestyle together.