Do You Need Passion in a Loving Relationship?

Lust and love are both integral parts of a long-term romantic relationship. Keeping the passion alive by making a healthy sex life priority will help foster intimacy and closeness.

Happy Couples Are "In It Together"

Arguably, the most rewarding benefit that a relationship provides is having someone to build and share a life with. Spending quality time together is an effective way to foster emotional intimacy, making the relationship last longer, and research supports this. Studies have shown that even sharing an activity as simple as watching a movie and talking together about it afterward is enough to decrease the risk of divorce by half.

Couples who went away on honeymoon together were less likely to divorce than couples who didn't go on a honeymoon, reinforcing the notion that quality time together helps marriages last. More research found that when couples participate together in hobbies that are mutually enjoyable, both short-term and long-term relationship satisfaction increased. Sociologists have also noted that couples who believe in sharing all household responsibilities are the most happy with their relationships.

Most would agree that companionship, love and feeling a shared purpose are the main cornerstones of marriage. However, love without sexual passion is a recipe for an unhappy relationship. Maintaining both lust and love is the best way to create the most intimacy and satisfaction.

Both Lust and Love Are Essential Components in a Relationship 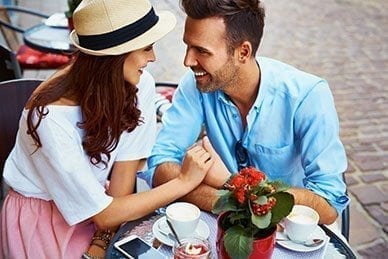 A sexless marriage is often an empty-feeling one. Contrary to what many people believe, married people have sex more often than single people. A 2010 survey by the Kinsey Institute found that three out of five single people had not had sex in the last year, compared to one out of five married people. This figure would probably come as a surprise to many, as people often underestimate the importance of sex during marriage.

Love generates lust. Couples who see each other as loving companions often share responsibilities evenly around the house. A study done at the University of Washington found that couples who divided housework evenly had more sex than couples where the woman did all or most of the chores.

Lust generates love. A study published in the Journal of Sexual Medicine demonstrated that love and lust are found in different parts of the brain. At the beginning of a relationship, most of the brain activity generated when you look at your partner will be in the region of your brain associated with pleasure. As you bond more over time, your brain activity shifts to the region of your brain associated with habits. This suggests that shifting from lust to love is what creates the strong bond present in long-lasting relationships. Love and lust are two sides of the same coin, constantly reinforcing each other.