Royal jelly is a vitamin-rich substance produced by honeybees that provides nourishment for the queen bee while also influencing her physical development. While royal jelly may purportedly help the queen bee to live longer and enjoy a greater degree of fertility than other bees, when ingested, it is also reported to provide a myriad of health benefits to humans. Some women might even experience relief when using royal jelly for menopause.

The Health Benefits of Royal Jelly

Royal jelly is harvested by collecting it from the cells of the larvae of queen bees from various bee hives. Some medical professionals opine that royal jelly exhibits some level of effectiveness in modulating the bodily inflammation that can be present with physical injuries, several autoimmune and endocrine disorders, certain forms of heart and cardiovascular diseases, specific forms of cancer, while also promoting the healing process and curbing the spread of infections. In addition, the product has also gained popularity as a therapeutic protocol for women coping with menopause.

Menopause is a normal life event that every woman who reaches middle age will experience. This event typically impacts women when they reach their late forties or early fifties. Menopause occurs when a woman's sexual and reproductive organs cease to produce vital hormones such as estrogen and progesterone, which are necessary to maintain regular menstrual cycles and bear children. Menopause may take several years to complete. However, once the process is over, a woman will experience little, if any, bodily production of sexual and reproductive hormones and will also no longer be able to become pregnant. 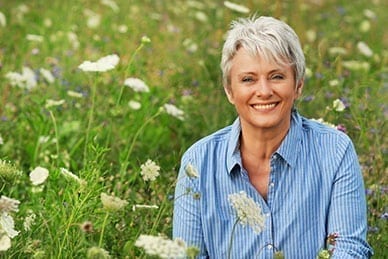 The hormonal changes brought about by the onset and duration of menopause often precipitate a host of bothersome physical and emotional symptoms including mood disturbances, hot flashes, fatigue, urinary incontinence, profuse sweating (especially at night), disrupted sleeping patterns and sexual manifestations like decreased libido and painful intercourse. That said, menopause might also elicit other symptoms including body pains and mental issues like anxiety and depression.

A team of Japanese researchers representing the Institute For Bee Products And Health Science discovered that administering royal jelly to women experiencing menopause-related manifestations such as back pain and anxiety proved successful in treating said maladies. The examiners studied more than 40 post-menopausal women. Half of the test subjects were given a placebo while the other grouping was administered a dosage of 800 milligrams of Royal Jelly powder each day for a time frame lasting three months.

Notable percentages of the subjects who took the Royal Jelly preparation witnessed a decrease in occurrence and intensity of the aforementioned symptoms. However, those who ingested the placebo noticed no appreciable change in either the frequency or severity of those same physical and mental manifestations.

Royal Jelly's Impact Upon the Body

Royal jelly's perceived inflammation-fighting attributes are believed to contribute to its ability to curtail or eliminate menopausal body aches. However, decreased hormonal production is also thought to potentially weaken muscles leading to pain. That said, other clinical researchers have conducted studies that have inspired them to theorize that royal jelly boosts estrogen production in women. Some health professionals also opine that maintaining healthy hormone balance might also contribute to fewer incidents of menopausal-induced anxiety and other related mental symptoms.

Royal Jelly can be found in several products such as skin creams and lotions. Menopausal women hoping to reap its benefits often take the substance as a nutritional or vitamin supplement ingested in capsule form. One such supplement containing royal jelly, along with a host of other natural substances that may help soothe symptoms of menopause, is Macabido Women's Formula. Macabido Women's Formula has been clinically proven to combat certain menopausal manifestations such as low libido, lack of energy and diminished feelings of well-being, while also helping to support healthy hormone balance.

The specific dosages of royal jelly needed to relieve associated menopause symptoms depends on a variety of different factors including the specific age of the individual in question, her overall health, the severity of her symptoms, tolerance to honey or potential allergies to said substance and the specific medications or treatment protocols that are currently being employed to remedy menopause or any other health condition.

Royal jelly can be found in a number of common pharmacy chains, online outlets selling nutritional supplements or at vitamin supplement chains. Moreover, Macabido Women's Formula can be purchased online at macabido.com.