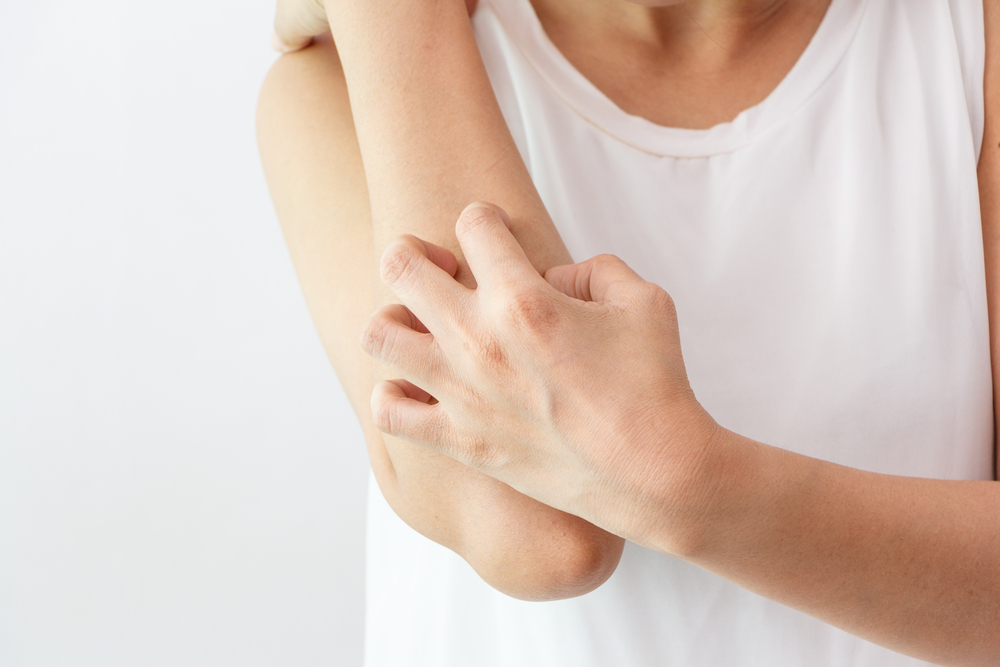 This short blog will examine the stage of life known as menopause, its typical manifestations, other seemingly strange menopause symptoms and their causes, as well as methods women may employ to attempt to alleviate or eliminate such occurrences.

Menopause is not categorized as a specific illness but rather a naturally-occurring life stage that marks the end of a woman's ability to bear children. On average, this process begins in the mid to late forties or early fifties. Biologically, menopause takes place because the ovaries and other reproductive organs produce diminishing concentrations of vital sexual and reproductive hormones such as estrogen and progesterone. These lessening systemic levels of hormones leads to dwindling menstrual cycles until an impacted woman eventually no longer experiences her period.

Decreased hormone production may precipitate numerous physical, psychological and emotional manifestations. Arguably, the earliest indication of the onset of menopause is the disappearance of menstrual cycles. However, many women embroiled in the event face a variety of other well-known occurrences like night sweats, hot flashes, sleep disturbances, mood swings, forgetfulness and fatigue.

The above being said, menopause might also manifest in a number of less common symptoms. Here we examine a variety of these strange menopause symptoms and what you can do to help alleviate any discomfort associated with their onset.

Diminished bodily concentrations of estrogen precipitate a decrease in systemic levels of collagen. Collagen is crucial to the maintenance and health of skin. Additionally, estrogen is paramount to the production of the many natural oils the skin uses to stay lubricated. The absence of collagen and these lubricants might cause skin (almost anywhere on the body) to become dry and irritated. Such irritation could not only precipitate rashes but could eventually also elicit pigmentation issues, wrinkling and notorious skin ailments like acne.

Treatment options for menopause-related skin problems can often be controlled with home remedies including the application of lotions and moisturizers, oatmeal baths, the use of topical applications containing Vitamin C, over-the-counter anti-itch creams and the use of natural supplements known for its skin-repairing abilities such as maca. In instances when skin manifestations are more serious, relief might be found only after the use of prescription medications including corticosteroids.

Metallic Taste in the Mouth

The metallic or unpleasant taste those experiencing menopause might encounter can often be attributed to dry mouth. Dry mouth is precipitated by decreased hormone production. However, diminished concentrations of estrogen might also produce an uncommon but quite bothersome ailment referred to as burning mouth syndrome. This malady often causes an intermittent burning or tingling sensation on the tongue and lips. In most cases, these conditions typically do not last for an extended duration and are not severe. However, continual discomfort in the oral cavity might precipitate a decreased appetite or eating difficulties.

Menopausal body odor is significantly influenced by digestive changes that occur during the biological process. The body metabolizes certain foods at a slower rate, which could produce unpleasant odors. In addition, the hormonal fluctuations that occur during menopause could result in body temperature changes that may cause excessive perspiration.

Menopausal women may be able to avoid or limit incidents of body odor by practicing techniques like maintaining proper hygiene, not consuming foods with a distinctive or unpleasant aroma, drinking increased quantities of water (water helps the body flush out potential odor-causing toxins) and quitting smoking.

The decreased estrogen production occurring during menopause could lead to a condition medically categorized as Female Pattern Hair Loss (FPHL). Hormone replacement therapy might be somewhat effective in slowing the progress of FPHL.

Diminished estrogen levels can result in a condition called vaginal atrophy. During menopause, the walls of this reproductive organ thin. Impacted individuals might experience dryness, itching and irritation in the vaginal region. More serious manifestations of the ailment may also result in painful intercourse.

Minor occurrences of vaginal atrophy may be treated with the application of various vaginal creams and lubricants. However, more significant cases might be alleviated through the administration of hormone therapy.

It is important to note that any one or a combination of the preceding symptoms could be caused by numerous other medical problems. Women of menopausal age should not automatically assume their symptoms can be attributed to menopause. Sometimes such manifestations may be precipitated by more serious illnesses. Regardless of the cause, a physician can execute a thorough physical examination, offer a proper diagnosis and initiate the most appropriate treatment protocol.