Tired All the Time? You May be Suffering from Adrenal Fatigue

Chronic stress may be draining your well-being and causing adrenal fatigue. This condition can be greatly improved with adaptogenic herbs.

What Is Adrenal Fatigue?

Modern life is more stressful than ever. We have pressure-filled careers, co-workers, supervisors, neighbors, children's grades, household chores, appointment scheduling, people we want to impress and much, much more on our plates—all of which can cause stress on a daily basis. 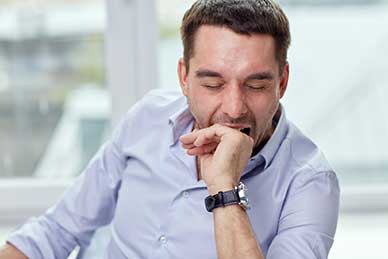 When your body is afflicted by stress, your adrenal glands release stress hormones like adrenaline and cortisol. If stress is chronic and unremitting, the adrenal glands can get overworked and tired out. Eventually, they won't be able to produce enough hormones to keep up with your stress levels.

Although cortisol and adrenaline are known as stress hormones, they still have benefits. Namely, they keep you awake and alert. When your adrenal glands can't produce enough of these, you'll feel chronically tired and have trouble thinking. With adrenal fatigue, your body may also become deficient in libido-related hormones.

What Symptoms are Possible?

This hormone deficiency caused by stress can impact your quality of life in a profound way. Here are some possible symptoms of adrenal fatigue:

It's important to note that someone with adrenal fatigue might experience additional symptoms not covered here.

Is This a Real Condition?

The majority of mainstream medical doctors dismiss the idea of adrenal fatigue. There is no real "official" diagnosis of adrenal fatigue as the disease is not fully accepted as being legitimate, despite the symptoms being very real. People who suffer from adrenal fatigue are still waiting for the medical community to catch up when it comes to this common phenomena.

Since mainstream medicine doesn't recognize adrenal fatigue as a real condition, it's unlikely that those suffering from adrenal fatigue will get adequate treatment from a non-alternative doctor. Fortunately, there are many things you can do to work to solve this problem on your own.

How to Solve Adrenal Fatigue

If you want to have any long-term success in beating adrenal fatigue, you have to first and foremost reduce sources of stress in your life. Re-evaluate which activities and commitments are truly important and let everything else go. Don't agree to commitments just to please someone else if you know it'll just stress you out more.

If your career is causing you stress, see if your supervisor will let you cut back hours, or find a less stressful workplace if at all possible. If a toxic relationship is causing you chronic stress that won't go away, you may need to bite the bullet and cut off that relationship for the sake of your own sanity and health.

Reducing the sources of stress in your life will set the stage for your adrenal glands' recovery. The next step is to adopt healthy lifestyle measures if you haven't already. You should sleep at least seven hours every single night, get at least 150 minutes of moderate exercise per week and eat a healthy diet that is low in sugar. It also helps to get plenty of sunlight.

You can make much faster progress in your adrenal gland recovery if you add in some herbal medicines. These specific medicines are adaptogens, which means they help your body cope with stress better.

The Benefits of Herbal Medicine

Why use herbal medicine rather than pharmaceuticals? For one, you are unlikely to get any type of prescription for adrenal fatigue since most doctors don't recognize the condition. Even if you did, pharmaceutical drugs tend to act on just one pathway in the body. This is ineffective for conditions like adrenal fatigue, where many systems and organs of the body are involved. Natural plants contain a wide variety of compounds that will each act in a different way in the body, covering all bases.

Some of the best herbs for adrenal fatigue include: 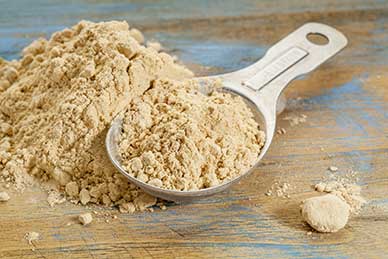 Maca has been used for thousands of years to increase energy. Its stress-reducing effects can be seen in studies that have shown maca can help soothe anxiety and support healthy mood, two common concerns deeply linked to stress.

Also known as Siberian ginseng, eleuthero is an excellent herb to treat adrenal fatigue. Eleuthero is known for improving your resistance to physical stress as well as improving the immune system.

Ginseng's adaptogenic effects are reflected in the fact that it improves cognition, calmness and sleep quality while relieving depression and menopause symptoms.