Medical professionals and scientific researchers agree that there is a positive connections between physical activity and memory. Now, the results of studies demonstrating tangible proof that engaging in even limited amounts of mild exercise boosts memory.

The Connection Between Exercise And Memory

Physical exertion is said to stimulate cognitive functions like memory because it triggers the body to initiate several functions that positively impact the brain in some capacity including:

Stimulation of the Cardiovascular System

When people exercise, it enhances cardiovascular function. A cardiovascular system working at a faster rate precipitates events such as an increased pulse and a greater flow of blood that is supplied to all reaches of the body quicker. This is especially true of the brain, which receives a significant hike in blood supply when the body of its owner is in motion.

As a result of this increased blood flow, the brain receives greater quantities of oxygen and several memory-heightening nutrients carried by the blood like glucose. Ergo, the more nourishment the brain receives, the better said organ can perform.

Clinical researchers have suggested that physically exerting oneself might result in the portion of their brain known as the hippocampus growing in size and scope. The hippocampus is charged with helping the brain learn and achieve verbal recollections.

Active individuals might also be better equipped to cope with the potential hazards created by continued exposure to stress. Stress and tension could produce a number of issues that possess the ability to impact the brain in different ways. The brain of those who exercise regularly often undergo the release of numerous hormones and chemicals that perform crucial bodily functions such as reducing inflammation, resulting in positive muscle fatigue that promotes longer duration of sleep, stimulating the genesis and growth of blood vessels, as well as the creating newer and healthier brain cells.

Furthermore, exercise provides a more positive, productive avenue for persons to break the increased tension some exposed to stress might feel instead of resorting to memory-damaging and potentially health-harming habits such as drinking alcohol to excess, smoking, ingesting illicit substances or engaging in other possibly destructive activities. 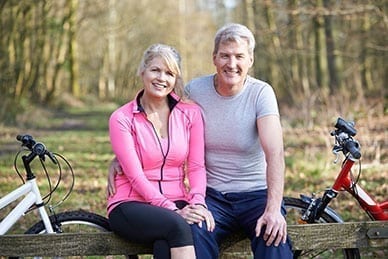 Recently, a team of American and Japanese researchers found that as little as 10 minutes of light to moderate physical activity per day could significantly improve the participant's memory.  These scientists set out to show that improved cognitive function would be evident in the minutes following the participation in some form of physical activity, as opposed to over a longer duration like weeks, months or even years.

The examiners discovered that the dentate gyrus, a component of the hippocampus, and other regions of the brain's cortex displayed improved connectivity. One of the study's authors remarked that these findings are both encouraging and important but also emphasized that further studies need to be performed on older individuals experiencing some cognitive problem precipitated by either age or some memory-threatening illness like dementia or Alzheimer's Disease before any definitive conclusions can be etched in stone.

Another study conducted by a team of American researchers representing various medical institutions discovered that exercise can indeed have a positive impact upon older persons. This study followed roughly 60 individuals varying in age. Those who orchestrated the study affixed a step-monitor device designed to measure neurological activities to all participants. The findings demonstrated that the cognitive results were more favorable in the older subjects.

The examiners do, however, caution that certain external factors related to the mental and physical health of the older participants might have impacted the results. That said, these same scientists opine that such findings should be the impetus for further research.

What Type of Physical Exercise May Improve Memory?

Various types of exercises may contribute to overall improved memory. That said, a new guideline endorsed by the American Academy Of Neurology said that participation in such physical exertion twice a week may enhance cognitive function, especially in individuals with mild forms of cognitive issues.

Some doctors opine that some form of aerobic activity might serve memory functions the best because such activities place a significant emphasis on stimulation of the cardiovascular system. That said, others believe lesser strenuous activities like walking, jogging or partaking in mild workout regiments could lead to improved memory.

Doctors and researchers do, however, believe exercise cannot harm anyone and those individuals, even younger people with difficulty remembering things should consider increasing their level pf physical exertion.