Benefits of Exercise for Men Include Increased Lifespan

Not only does exercise for men help to develop a strong and aesthetically-pleasing physique, but new research shows it may also have far-reaching positive consequences on general physical and sexual health.

Regular mild to moderate exercise may strengthen a man's heart and blood vessels. A strong cardiovascular system may improve stamina levels by helping the body utilize oxygen more efficiently. In addition, exercise may reduce a man's risk of developing high blood pressure, also known as hypertension, and elevated blood concentrations of bad cholesterol. Such actions can greatly decrease his chances of being stricken with a heart attack, stroke or various blood vessel disorders.

The more physically active a man is, the more likely he will be to avoid weight gain precipitated by excess fat. In fact, consistent exercise could stimulate metabolism, the body's ability to metabolize calories and nutrients, at a faster pace, which may result in losing weight. Maintaining a normal weight can be critical in preventing potentially serious, if not life-threatening illnesses like cardiovascular problems, diabetes and cancer. 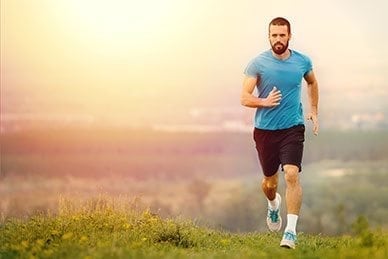 Many members of the medical community consider regular exercise for men critical to avoiding chronic illnesses such as diabetes. Exercise is believed to stimulate production of important metabolic hormones like insulin. Stable production of insulin is crucial to the prevention of diabetes. Normal bodily outputs of other metabolic substances might also prevent a host of other long-standing and possibly debilitating diseases.

Participating in consistent levels of physical activity will place added rigors on the body that will necessitate a greater need for sleep. That said, men who exercise regularly are thought to receive a greater quantity and quality of sleep. Adequate rest is critical to the body's ability to rejuvenate itself and maintain a formidable immune system. Men who fail to obtain sufficient amounts of sleep often develop low resistance levels and are more susceptible to catching mild sicknesses to potentially becoming stricken with more serious illnesses.

Most men deal with stress on some professional or personal level. If not managed properly, excessive tension and pressure can precipitate numerous physical, mental and emotional problems. Exercise offers men a healthy outlet to release such tensions.

Physical exertion is said to stimulate blood flow and improve circulation to most areas of the body, particularly a man's sexual and reproductive organs. A healthy and consistent supply of blood to these vital regions might improve a man's ability to perform sexually at an optimal level and maintain his stamina in order to execute such quality efforts for extended periods of time.

Exercise can enhance bodily production and concentrations of key sexual hormones like testosterone. An adequate blood supply of these chemicals can improve sexual performance, contribute to a man's overall physical health and stamina and help him regain or maintain a strong sexual desire. 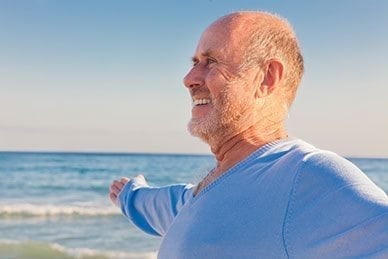 Typically, men who exercise fairly often develop stronger and more aesthetically-inviting physiques. Such an occurrence might not only improve a man's self-esteem and confidence but may also attract greater amounts of attention from potential sexual partners.

The Benefits Of Exercise Are Backed Up By Scientific Evidence

Several scientific studies conducted have illustrated that even light or short bursts of physical activity can improve longevity in men. These findings also suggested that exercise can be quite beneficial to older men or those with health issues. A study conducted by the Norwegian School of Medicine found that men 70-years-of-age and older who performed some type of physical activity at least six times per week were 40 percent less likely to die than men of comparable ages who did not exercise at all. Researchers calculated that septuagenarian men who subscribed to physical exertion lived, on average, five additional years than sedentary individuals in the same age group.

Another recently published study examined more than 650,000 individuals and concluded that those who engaged in some form of exercise for as little as a half-hour per day might extend their lifespans almost as long as three-and-a-half years. These findings also included persons with illnesses as well as those stricken with obesity.