Oxytocin, often called the “bonding hormone” or “love hormone,” is a hormone that plays a big part in intimacy, trust, empathy and other facets of human social interaction. In fact, this hormone is so adept at facilitating beneficial human relations that some mental health professionals prescribe it as medication to otherwise healthy individuals suffering from general social anxiety. Unfortunately, new oxytocin side effects have come to light.

Oxytocin Side Effects Cause Over-sensitivity to Emotions 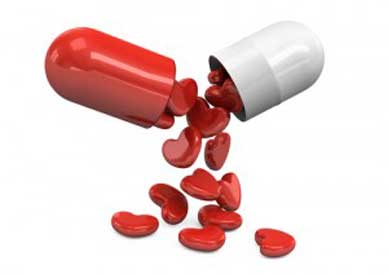 Although oxytocin has been shown to be helpful for those with diagnosed mental issues such as autism, a recent study by Concordia's Center for Research in Human Development and published in the journal Emotion hints that prescribing it to healthy people might not be the best game plan. Results seem to indicate that an excess of oxytocin can cause otherwise healthy people to become oversensitive to others' emotions, with possible negative repercussions.

The study, headed by Christopher Cardoso and Anne-Marie Linnen, examined 82 mentally healthy participants with no known mental disease or disorders. Oxytocin was administered to half of the group, while the other half received a placebo. Test subjects were then shown pictures of people exhibiting a variety of expressions depicting different emotions. Not surprisingly, those who were given oxytocin tended to perceive a greater degree of emotion in the faces than those who received the placebo, verifying that over-sensitivity is one of many possible oxytocin side effects.

Lead researcher Cardoso summarizes: “For some, typical situations like dinner parties or job interviews can be a source of major social anxiety. Many psychologists initially thought that oxytocin could be an easy fix in overcoming these worries. Our study proves that the hormone ramps up innate social reasoning skills, resulting in an emotional oversensitivity that can be detrimental in those who don't have any serious social deficiencies... That's why we're cautioning against giving oxytocin to people who don't really need it.”