Soy and Prostate Cancer: Could Eating Soy Boost Your Risk?

Prostate cancer is one of the less-lethal forms of cancer. However, this certainly does not mean that it is of less importance. After all, although prostate cancer has a very low mortality rate, it still can place a significant emotional and financial burden on the patient. This, combined with the fact that it is so common, means that finding ways to treat and prevent prostate cancer is an important goal for public health.

Soy and Prostate Cancer: Is There a Link? 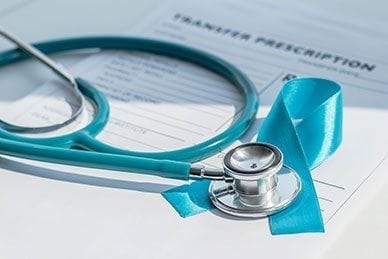 Soy is a plant in the pea family, with origins in Southeast Asia. It was first domesticated by Chinese farmers around 1110 BC and had reached Japan by the first century AD. For many hundreds of years in Asia, soy was (and still is) a prominent ingredient in traditional foods. Examples of foods made from soy include tofu, edamame, tempeh, miso and natto.

In the United States, soy was first planted in the colony of Georgia in 1765. This crop only become popular around the 1870s when farmers discovered it was useful to grow to use as livestock feed. Eventually, Americans began to eat soy and soy-derived products. Today, soy is America's second-largest farm crop. Some of the most common soy foods in the United States today include soy milk, tofu and processed soy protein that is added to other foods.

Can Soy Harm Your Health?

Soy is known to have many health benefits. It is high in protein, fiber, potassium, magnesium and vitamins. Each of these nutrient benefits is known to have its own related health effects. For example, eating a high-fiber diet reduces your risk of several cancers, including colorectal cancer. Soybeans contain all essential amino acids, and it is an excellent meat replacement for vegetarians, vegans and people with food allergies.

There has been much conflicting research and dialogue about whether soy can increase the risk of hormone-sensitive cancers such as prostate cancer and breast cancer. Some studies have found that soy increases prostate cancer risk (such as the one mentioned above), while others have found that soy can have a protective effect. For example, one meta-analysis of epidemiological studies from the United States Department of Agriculture found that soy foods are associated with a reduced risk of prostate cancer. The truth may lie somewhere in the middle. Many experts agree that current research does not support avoiding soy out of fear of cancer.

Besides cancer, soy has other theoretical health disadvantages. It contains high amounts of phytic acid, which can block absorption of several essential minerals. It contains chemicals that may block enzymes needed to digest protein. It contains a blood clot-promoting substance called haemagglutinin and could reduce thyroid function when eaten in large amounts. Soy consumption can also negatively affect libido.

However, many of these negative effects are based purely in theory, going off the soy's chemical content, and may not apply in reality. For example, though the phytic acid in soy supposedly blocks mineral absorption, eating soy has actually been linked to a higher bone mineral density.

How Much Soy Should I Eat? 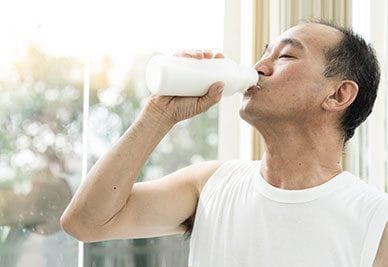 A good deal of the studies that show soy can increase the risk of cancer deal with Western populations. It seems as though most studies done on Japanese populations show that soy is protective against cancer. Soy is widely eaten in Japan, yet this country has very low rates of prostate and breast cancer. The difference may lie in the amounts that are consumed.

Many Western people who eat soy products regularly eat large amounts of them, i.e. multiple servings per day. However, in Japan, most people eat between 25 and 50 milligrams of isoflavones daily. This is the equivalent of a small, 2-3 ounce serving of firm tofu each day. To reap the health benefits of soy, consider limiting yourself to about this amount.

Other aspects of diet have also been linked to prostate cancer. In addition to eating soy in strict moderation, you should also avoid processed carbohydrates and eat a low-fat or moderate-fat diet in order to reduce your risk.