Progesterone and Libido in Women: Balance is Key

Sexual dysfunction like low libido is a common issue in men and women. In women, low libido can have numerous psychological and physical causes, but research indicates that hormone levels may play a bigger role than previously thought. A growing body of research indicates that estrogen, progesterone and libido are linked with changing hormone levels having a positive or negative impact on sexual desire. 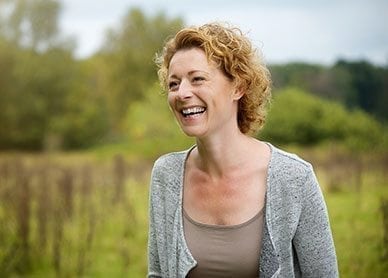 The Link Between Progesterone and Libido

A new study has turned up evidence that there are hormonal predictors for sexual desire in women. According to the study, published in Hormones and Behavior, estrogen has a positive effect on libido with a two-day delay but progesterone has a negative effect. Researchers were able to measure an uptick in progesterone levels when study participants reported decreases in libido. 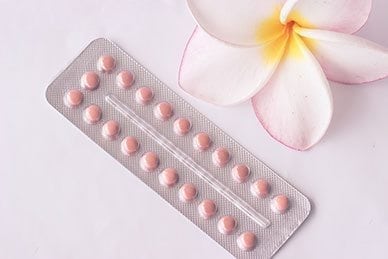 Progesterone and estrogen work together in the body to regulate cell activity, sexual function and more. Estrogen is considered the primary female sex hormone and it helps with the development of sex organs, regulation of the menstrual cycle, and thickening of the endometrium. While estrogen is essential, too much estrogen can have negative health effects, including an increased risk of cancer. Progesterone works to counterbalance these negative effects of estrogen. When there is not enough progesterone to counteract estrogen, women can develop symptoms of estrogen dominance.

Women who are premenopausal or in menopause are at a higher risk of being overloaded with estrogen along with progesterone deficiency. In addition to the natural hormonal decline with age, an imbalance between estrogen and progesterone can also be caused by stress, birth control pills, obesity, poor liver function and other factors.

Estrogen dominance is a common problem that can happen at any age and lead to problems like low libido, anxiety, PMS, irritability and difficulty concentrating.

While low progesterone can be problematic, research indicates that the opposite can also be true. It's believed that high progesterone levels are responsible for premenstrual syndrome (PMS) symptoms and may suppress libido, while low levels can lead to estrogen dominance and sexual dysfunction. Research shows that progesterone—in particular the balance between estrogen and progesterone—also plays a major role in libido.

How to Naturally Increase Progesterone

Progesterone and/or estrogen imbalance are commonly treated with hormone replacement therapy (HRT). In most cases, the hormones prescribed in HRT are made from synthetic sources and do not function the same in the body as natural hormones. Synthetic hormones have also been linked with an increased risk of health problems like breast cancer and stroke.

There are no foods that supply the body with progesterone, which must be produced in the ovaries and adrenal gland. Still, there are nutrients that help reduce excess estrogen for a healthy hormonal balance and others that can help your body more effectively produce progesterone.

In addition to a healthy diet, there are other steps that can be taken to support healthy progesterone production.

Because the liver removes excess chemicals and toxins from the body, including a build-up of estrogen, it's important to keep your liver healthy. Foods high in sulfur, such as egg yolks and garlic, can help the body remove toxins. Alcohol consumption can also dramatically impact liver function. One study published in Alcohol and Alcoholism found that women who drank moderately had much lower progesterone levels than women who did not drink.

Finally, stress reduction is also important. Stress has been found to interfere with everything from cognitive function to reproductive and sexual health. This is because chronic stress triggers the release of the stress hormones cortisol and adrenaline. The body uses progesterone to create cortisol, robbing itself of the sex hormone for the creation of the stress hormone.