Exposure to bright light can boost libido and potentially even help boost fertility, according to a new study from Europe. Intentional exposure to certain types of bright light is termed "light therapy." This technique has traditionally been used to treat seasonal affective disorder (SAD), a condition in which one becomes depressed during the darker winter months. Light therapy is quite effective for boosting mood, but now scientists are learning of its other benefits.

In the study, the researchers recruited 38 male volunteers who had low sex drive disorders. The volunteers were divided into two groups: One group was to receive 30 minutes of light therapy every morning for two weeks, and the other was to receive a placebo—exposure to light that wasn't actually bright enough to be used as light therapy. The participants' libido and testosterone levels were assessed before and after the two-week period.

After the two weeks, the men who received real light therapy experienced a significant increase in subjective sexual satisfaction. Their testosterone levels also increased by over 50 percent. The placebo group did not experience these benefits. The authors of the study believe that the increased sexual satisfaction was due to the increased testosterone. They also believe that light therapy also has potential to treat low female sexual desire, and because light therapy increases levels of luteinizing hormone (LH) which can trigger ovulation in women, light therapy could also be used to boost female fertility. More research is needed to explore all of the potential of this simple yet effective therapy.

It has long been thought that exposure to light affects libido, and this study seems to be the first of its kind in proving that intentional light therapy increases the desire to have sex. Before, there was only circumstantial evidence to suggest this link. For example, some studies have found that people have the most sex during the sunny seasons of spring and summer, and the least during the wintertime. Analysis of historical records has revealed that there has been a pattern of birth rates being highest in the wintertime and lowest in the summer, implying that people have the most sex around the beginning of summer. 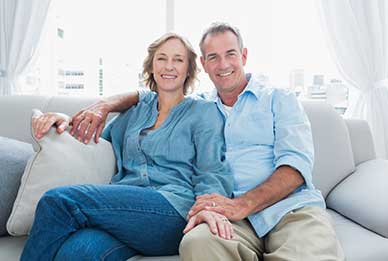 Getting plenty of light exposure through the eyes increases testosterone levels. However, light exposure through the skin also has an effect. When skin is exposed to bright sunlight, the body secretes a hormone called melanocyte stimulating hormone. This hormone helps in the synthesis of melanin, the pigment responsible for sun-tanning. However, melanocyte-stimulating hormone is also known to increase sex drive in women. Levels of this hormone naturally will be higher during the spring and summer, leading women to want more sex.

Both eye and skin exposure to light have an effect on serotonin levels. Various studies have demonstrated that visual exposure to bright sunlight increases serotonin production. It's not known exactly why this is, or what purpose this could serve. Low serotonin levels are thought to be a major factor behind depression. Furthermore, sunlight exposure to the skin causes the body to produce vitamin D. A lack of sunlight can lead to vitamin D deficiency, which is strongly correlated with depression. People with depression frequently report a diminished sex drive as a result. This is yet another pathway through which light affects libido.

Because light affects libido and many other aspects of our health, we should treat sunlight exposure as another aspect of a healthy lifestyle. It's a great habit to go outside every day, and this can easily be combined with enjoyable exercise such as walking or playing a sport. Make a point to get enough sunlight, especially if you spend a lot of time inside or live in a northern region. People who are especially in need of more sunlight—due to a heightened risk of vitamin D deficiency—include seniors, those with dark skin, vegans and the obese.

Sufficient light is even more important in the winter. Getting plenty of light during the darker winter months can help prevent symptoms of seasonal affective disorder as well as wintertime low libido. If you experience depressive symptoms caused by wintertime but can't spend much time outside due to the weather or your schedule, there are at-home light therapy lamps available that can help you get the light you need.