A new study performed by the University of Kansas Medical Center and published in the journal Toxicological Sciences has found that a chemical in plastic cups, bottles and other food packaging called Bisphenol A might be one of the significant migraine causes. It can even worsen symptoms for those already experiencing a migraine. Migraine headaches are responsible for over 68 million doctors' visits yearly in the U.S. and affect approximately three times more women than men. BPA (Bisphenol A) is a xenoestrogen, a chemical structurally-similar to estrogen that acts like estrogen in the body. BPA is present in the bodies of an estimated 90 percent of all Americans and has already been pegged as a potential carcinogen. 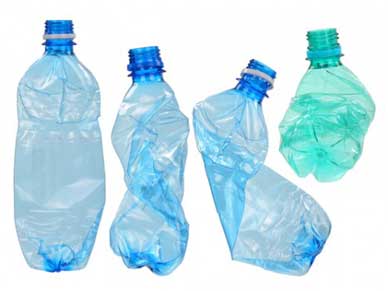 In previous studies, University of Kansas' migraine expert Nancy Berman, PhD was able to pinpoint one of the prevalent migraine causes as an increase in estrogen, the female sex hormone that BPA mimics. She also observed that rats with migraines exhibited behavior similar to humans with migraines.

In the recent University of Kansas study, rats were given BPA every third day in an attempt to mimic typical human exposure to the chemical. Drawing on Ms. Berman's past research, the rats' behavior was then monitored to see if any common symptoms of migraine were present. In as little as thirty minutes, the rats who were given BPA showed behavior that corresponded with that suffered by those afflicted with migraines; they became listless, avoided bright lights and loud noises, seemed jumpier and showed indications that their heads were tender. In addition, their brains showed that a surge of estrogen had occurred. The researchers summarized their findings:

“Rats exposed to BPA demonstrated significantly augmented migraine-like behaviors. These results imply that BPA has the ability to amplify symptoms that are used to diagnose the disorder in human patients, suggesting that exposure to BPA would increase both the incidence and prevalence of this disorder.”

Citing another previous study in which participants following a fresh, non-packaged food diet were able to reduce the amount of BPA in their bodies by 66 percent in just a few days, lead study author Lydia Vermeer, Ph.D continued:

“These findings combined with our results suggest that a clinical trial to decrease BPA exposure and levels in migraine sufferers may reduce the frequency and severity of headaches and may increase the quality of life for migraine sufferers.”

These findings indicate that if you are a migraine sufferer, you should do what you can to avoid exposure to BPA in your environment. Because BPA is present in everything from the dashboard of your car to your shower curtain, this is easier said than done. However, you can make a difference by staying away from plastic bottles & cups, as well as packaged and canned foods. Choosing your personal care, house-cleaning and cosmetic products wisely. Buying all-natural whenever possible will also help minimize your exposure.