Native to the southeastern states of the U.S, saw palmetto is a multi-use plant, earning its name from the saw-like serrated leaves which resemble those of a palm tree. The medicinal properties of saw palmetto are found in its berries, which are processed and administered in various forms. Though it is historically known for its usage in Native American medicine for the treatment of many male health concerns, it has been more recently related to maintaining prostate health. However, studies are currently being conducted to try and present conclusive evidence of its benefits in the treatment of a wide variety of conditions, from addressing cold symptoms and men libido concerns, to helping to maintain healthy testosterone levels.

How is Saw Palmetto Used?

Saw palmetto can be purchased whole/dried, and in capsule, powder and liquid extract forms, and is most commonly administered orally as a supplement in many herbal remedies. On some occasions, it may be administered as a suppository to more effectively address prostate health. Saw palmetto's healing properties may help address discomfort during urination, however, there is not enough definitive evidence to support claims that it reduces enlargement of the prostate itself. It has also been suggested for the treatment of male sexual concerns resulting from poor prostate health. Saw palmetto is also one of many complementary treatments said to help maintain and even help alleviate men libido issues during treatment. 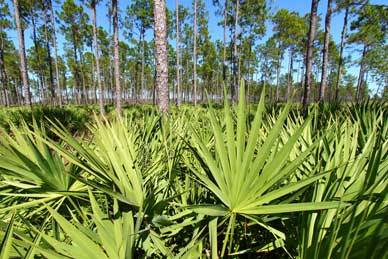 Saw palmetto taken exclusively or in combination with other remedies has been practiced as a self-treatment in Native American medicine for centuries. It can be found in many over the counter supplements meant to help maintain urinary tract health. There have been some reports suggesting that use of saw palmetto extracts may help relieve some symptoms of urinary tract irritation such as frequent urination throughout the night. It has also been linked to the maintenance of bladder health, although there is not enough verifiable evidence to suggest a definitive relationship. Numerous studies have also been conducted to test its effectiveness in the treatment of lower urinary tract symptoms but have yet to bring forth enough evidence to support a definite connection.

There has been a bit of speculation regarding saw palmetto's exact effects on testosterone levels, but a definitive relationship between the two has been confirmed. However, overall evidence is contradictory, as some studied cases report an increase in levels while others report decreases and some report little to no change. The premise behind its use in the treatment of low testosterone is that supports the healthy production of estrogen and dihydrotestosterone (DHT), therefore balancing and in some cases boosting testosterone levels.  Low testosterone often contributes to men libido concerns.

Saw palmetto is included in many widely-used herbal remedies for maintaining healthy hair growth in men and women. It has also been used as an active ingredient in a number of well-known hair restoration products. When used in correct combination with other natural herbs, it is reported to affect DHT receptors, and DHT also plays a major role in affecting healthy hair growth in men. One controlled study reported a 60 percent improvement in quality hair growth when compared to coinciding placebo results. An exact recommended dosage and regimen has not yet been established as studies were limited to groups not large enough to support a conclusive determination.

Side Effects and Precautions

Certain precautions should be taken when using saw palmetto while taking certain prescription medications, as it may interfere with their effectiveness. Stomach irritation followed by vomiting and diarrhea have also been reported side effects of its use. Due to its possible effects on the body’s hormonal balance, it may interfere with the effectiveness of oral contraceptives. Saw palmetto is not recommended for consumption during pregnancy or while breastfeeding. Avoid saw palmetto intake post-surgery due to possible effects on blood clotting.

This article was written for informational purposes only and is not intended to offer medical advice in place of that of a licensed physician. Always consult a physician before beginning or making changes to an existing medication regimen.

Sex and Testosterone: It's Complicated
No Interest in Sex? It Could Be Your Hormones
Five Good Reasons to Have an Orgasm a Day