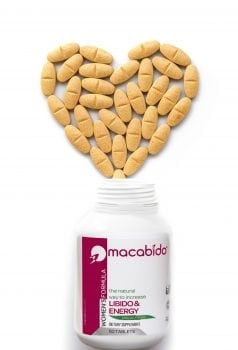 Formulated with powerful herbal extracts, vitamins and nutritional elements produced naturally by the human body, Macabido Women's Formula is specifically designed to work in conjunction with a woman's body chemistry to help maintain or regain sexual desire, increase energy levels, soothe stress and strengthen other aspects of overall health. In a clinical trial, Macabido Women's Formula was proven to significantly enhance libido in women and to provide other notable health benefits.

With a slew of natural ingredients and herbal elements that have been found to aid in female health and increased libido and energy levels, some of the key elements include:

An ancient plant known to science as Lepedium myenii, maca root has been used for nutritional and medicinal purposes for centuries. This primary component of Macabido Women's Formaul is a noted female aphrodisiac. Although scientists cannot pinpoint the exact method through which maca boost libido, some opine that the substance is effective in this regard because it contains a wealth of nutrients that contribute to stable bodily production of sex hormones. 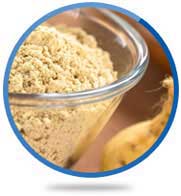 Those same vitamins and minerals are directly related to maca's ability to help improve a woman's energy levels. In addition, Maca also contains chemical compounds referred to as flavonoids, these substances are believed to contribute to the regulation of brain chemistry. A healthy and balanced brain chemistry contributes to a lesser risk of concerns like anxiety and depression.

Commonly known as Siberian ginseng and native to Russia and Asia, eleuthero contributes to an increased sex drive in women by encouraging the healthy production of sex hormones. In addition, this substance is also considered an adoptogen. Adaptogens are herbs that initiate biological responses that help women more quickly and readily adapt to stressful circumstances and environments.

Gingko biloba's origins date back to ancient China where this plant was commonly used for medicinal purposes. Scientists believe ginkgo's chemical constituents boost female libido by helping the body regulate the balance of sex hormones. The substance is also considered valuable for its ability to reduce the buildup of stress hormones which can help alleviate or eliminate tension and aid in depression and anxiety.

Chemically categorized as an essential amino acid, L-tyrosine supports healthy production of a brain neurotransmitter called dopamine. L-tyrosine is believed to enhance the female sex drive, as well as support the brain regions responsible for regulating mood and emotions. 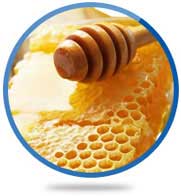 Royal Jelly is thought to improve female libido in menopausal women by aiding the body in regulating hormonal imbalances. In addition, this ingredient may also provide relief for manifestations of menopause including hot flashes, mood disruptions and irritability.

L-arginine is another amino acid and is believed to stimulate a woman's libido by promoting healthy blood flow to her sexual and reproductive organs.

Some sexual experts suggest that the scent emitted by the the ginger root serves as an aphrodisiac. However, from a biological standpoint, this plant is thought to support adequate blood flow to a woman's pelvic region. Scientists also believe that ginger might play a significant role in reducing bodily concentrations of a female hormone called prostaglandin, which are known for precipitating painful menstrual cramps. 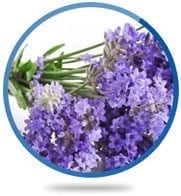 Akin to ginger, extracts from the lavender plant are thought to release an aroma that stimulates female libido. Chemically speaking, lavender is thought to aid the female reproductive system in its regulation of hormones. Lavender also possesses soothing qualities that make it extremely effective in combating anxiety and stress.

This flower is thought to stimulate the libido of menopausal women suffering from sexual desire and performance difficulties. Extracts of passion flower are also thought to increase amounts of a brain chemical known as GABA, which may help alleviate tension and reduce incidents of anxiety and related health manifestations.

Avena Sativa, or "wild oats," stimulate female libido by enhancing sexual desire and arousal. In addition, this ingredient contains numerous energy-boosting nutrients and is a potent nervous system relaxer that may reduce occurrences of anxiety.