Lavender (Lavendula angustifolia) is a common flower that typically grows widespread in large, open areas exposed to direct sunlight such as fields. The flower can also be purchased in a nursery. For thousands of years, the pleasant aroma the flower emanates has been enjoyed by different cultures and peoples. Over time, lavender extracts have and continue to be used in commercial home and personal products like air fresheners, skin lotions, soaps, other bath products, insect repellants, candles and as fabric enhancement products to linens including sheets and pillow cases. 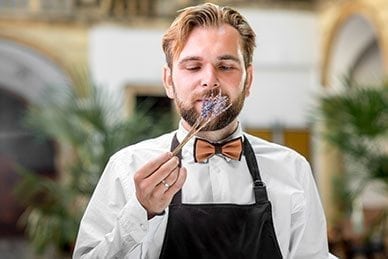 Aside from merely emitting a pleasant odor, lavender and its extracts were also found to possess powerful medicinal properties. Many African and Mediterranean cultures enjoyed lavender's anti-septic and anti-inflammatory attributes and they were the first peoples to use the flower as a form of medical therapy. Since then, lavender has been indicated as a possible treatment option for maladies such as burns, insect and animal bites, fungal infections, minor body aches and hair loss. Arguably, however, lavender's most significant medical benefit lies in the substance's ability to fight anxiety.

How Effective Is Lavender For Anxiety?

Lavender is believed to contain soothing, relaxation-inducing chemicals that have been used for many centuries as a means of providing comfort, helping to soothe anxiety and support a healthy mood. In more recent times, however, scientific studies have been conducted that support such theories.

The use of lavender aromatherapy (which involves inhaling essential oils extracted from the flower) has proven effective for anxiety in numerous case studies and clinical trials. Test subjects ranged from critically ill patients inside hospital intensive care facilities and professionals employed in high pressure jobs conducted inside busy, noise-filled offices to students displaying apprehension before being administered academic and intelligence-based examinations and those soon to undergo kidney dialysis treatment. In the instance of test-taking, the inhalation of lavender scent is also credited with producing a heightened level of alertness and the ability to perform mathematical equations with greater speed and accuracy. In addition, a percentage of subjects diagnosed with specific anxiety disorders were said to experience a diminished need for anti-anxiety medications like sedatives and tranquilizers following several sessions of lavender-based aromatherapy.

Can Lavender For Anxiety Be Administered Orally? 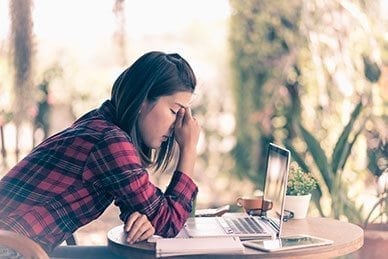 Though lavender aromatherapy might be the most well-known method for which the substance is used to remedy anxiety, oral preparations containing lavender extracts are also used for such purposes. In fact, clinical research conducted on this subject shows that oral dosages can be just as effective as the inhalation route.

A recent study illustrated that oral preparations of lavender were particularly beneficial in treating women battling anxiety. The researchers prescribed lavender oil capsules to one set of subjects and the anti-anxiety drug Ativan to another. Those taking lavender oil experienced the same percentages of reduction in tension-related symptoms like restlessness, nervousness and insomnia than the women using Ativan did. It is also important to note that the subjects ingesting lavender reported no significant side effects, unlike those prescribed Ativan.

Another study concluded that lavender can be an efficient method of easing postmenopausal tension experienced by women in that stage of life. During this 2015 clinical trial, postmenopausal women were administered capsules containing lavender extracts and bitter orange. Researchers noted that this preparation acted on the neural systems inside a number of the test subjects brains to produce a sedative effect that reduced anxiety and associated manifestations.

Fortunately, individuals do not have to be part of a clinical trial to reap the anxiety-busting impacts of lavender. There are numerous products containing lavender and other natural ingredients available for purchase at well-known pharmacy and nutritional supplement chains and online. Some of these products combine the soothing qualities of lavender with ingredients called "adaptogens." Adaptogens can support stress relief by helping the body initiate biological processes that help individuals cope with stressful surroundings and feel calmer.