In this article we'll examine what fenugreek is, the proper methods of consumption and several ways in which scientists and medical professionals opine the product could be beneficial to a man's general health and overall well-being.

Fenugreek, scientifically categorized as Trigonella foenum-graecum, is a plant native to Greece, other Mediterranean nations, the Middle East and portions of Southeast Asia. The seeds of this herb have been commonly used as a spice for specific food preparations, have been featured as a prominent ingredient in various nutritional supplements, are often contained in other products such as soaps and skin lotions and are also used for medicinal purposes.

How To Consume Fenugreek? 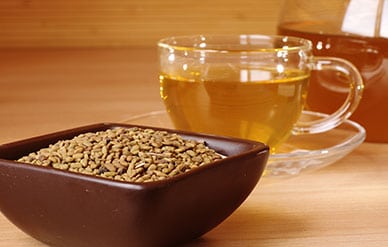 Fenugreek if often available to the public as a powdered spice that can be added to a variety of foods. However, the substance may also be consumed as an ingredient in a nutritional supplement or ingested in liquid form by mixing with hot water. Some individuals also simply eat fenugreek seeds as they are.

Fenugreek has been used for medicinal purposes by numerous civilizations for centuries. Fenugreek is believed to benefit men's health in many ways including:

Low testosterone (andropause) often occurs as men age. Should the problem become severe enough, a number of bothersome, if not life-disturbing manifestations might occur. Though research is still ongoing and not entirely conclusive on the subject, there are those in the scientific community who believe that fenugreek might help increase bodily production of testosterone, the chief male sexual and reproductive hormone. Researchers further surmise this to be the case because fenugreek is rife with furostanolic saponins, which are substances thought to increase bodily concentrations of various hormones.

Fenugreek seeds are comprised of compounds like fiber, which have been known to decrease the body's digestion rate. Such an event may enable the digestive tract to absorb nutrients such as sugar and carbohydrates with greater efficiency. The end result could be lower blood sugar levels and possible protection against diabetes or helping to maintain healthy blood glucose levels in already stricken individuals.

Fenugreek seeds contain substances thought to help maintain healthy bodily concentrations of cholesterol. Not only do the herb's seed extracts improve the digestive tract's ability to absorb cholesterol before the potentially harmful substance enters the bloodstream but also may inhibit the liver's ability to produce excess levels of cholesterol. In addition, some scientific studies have concluded that fenugreek contributes to a decrease in blood counts of "bad" cholesterol.

Fenugreek possesses soothing properties that have been proven effective in helping heartburn sufferers ease the associated symptoms. Heartburn occurs when stomach acid backs up into the esophagus. The most common manifestations those stricken with this condition experience is a burning sensation in the chest or throat that frequently occurs at night when said individual is lying down. Scientists opine that fenugreek can help coat the esophagus. This coating provides protection against caustic digestive acid. 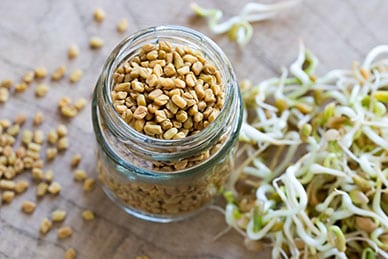 As previously mentioned, fenugreek contains high levels of fiber. Fiber stimulates the digestive process and may help ease common stomach ailments like gas and bloating. In addition, fiber can play a significant role in eliminating constipation.

Certain medical professionals opine that fenugreek may help to modulate bodily inflammation. Inflammation is often the culprit of many physical injuries. However, inflammation may also occur internally. Should internal organs be subjected to inflammation for extended periods, impacted individuals might be susceptible to contracting serious illnesses such as autoimmune disorders and various types of cancer.

A positive side effect of fenugreek's purported testosterone-stimulating abilities is enhanced libido. This is especially true in men suffering from libido-related sexual performance or desire issues. In 2011, a study published in a scientific journal chronicled roughly 60 men stricken with some type of sexual problem. A certain percentage of these individuals were administered fenugreek. Not long after the study began, many test subjects noticed a significant improvement in concerns like erectile dysfunction and lack of sexual desire.

Sports nutritionists who have studied athletes have reported that those who include fenugreek in their diets may experience an increase in strength and flexibility.

Though fenugreek contains numerous healthy substances and may help improve a man's overall lifestyle, physicians recommend using the product safely. The exact amount an individual should consume often depends upon several different factors including his age, weight and general health. When used sparingly as a food-livening agent, fenugreek consumption would most likely not need to be monitored. However, if the substance is indicated to treat any specific health malady, it is in the best interest of the individual in question to discuss the dosage and administration methods with their doctors.