The Complex Connection Between Estrogen and Migraines

Migraine headaches are experienced by up to 25 percent of the population, making it the third most prevalent health concern worldwide. A migraine is characterized by severe throbbing pain, either on one or both sides of the head. With migraines, head pain is often accompanied by nausea or vomiting, dizziness, visual disturbances, numbness or tingling of the extremities or face and extreme sensitivity to sensory stimuli, including sound, light, smell and touch.

Migraine attacks can last up to 72 hours, and since more than 90 percent of migraine suffers are unable to function normally during a migraine, experiencing chronic migraine is a very debilitating and disrupting condition. Migraines are most common between the ages of 25 and 55, and chronic migraine tends to run in families. About 80 percent of people with migraines have a family history of it.

The Relationship Between Estrogen and Migraines 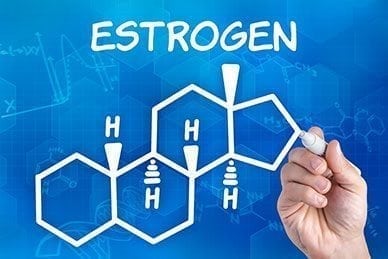 Generally speaking, migraines are more common in females than in males. Although during childhood, boys are affected more than girls, this switches during adolescence. Adult women are three times as likely to have migraines than adult men; about 18 percent of women experience migraines while about only about six percent of men do. Researchers have long believed that this disparity is caused by biological and psychosocial differences in women. However, because this gender gap is most noticeable with women of reproductive age, many believe that hormones are a significant factor.

A connection between estrogen and migraines has been recently proven. A study on the topic was done at the Albert Einstein College of Medicine in New York, and published in the American Academy of Neurology's journal, Neurology. Scientists recruited 114 women with a history of migraines, as well as 223 women who had never had a migraine. These women had an average age of 47.

Study participants were instructed to keep a headache diary. They also had their hormone levels measured via urine samples throughout their menstrual cycle. The researchers analyzed data for the luteal phase of the menstrual cycle, which occurs after ovulation but before menstruation. They found that during this phase, the estrogen levels of women who suffered from migraines dropped by 40 percent, while that of women who had never had a migraine dropped by only 30 percent. The researchers believe that the larger drop in estrogen is responsible for migraines. This connection between estrogen and migraines helps explain why many women experience migraines as a premenstrual symptom.

Causes and Treatment for Migraines 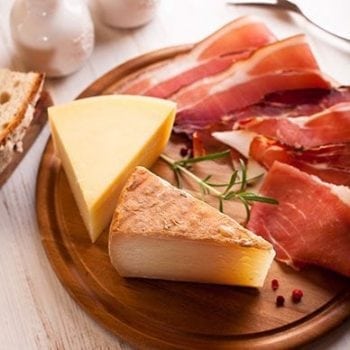 The most immediate way to treat migraines is to avoid migraine triggers. Everyone who suffers from migraines has unique triggers that bring about one of these headaches. Mental states, such as depression or mood swings, can bring about a migraine. Physical states, such as fatigue, stress, sleep deprivation and dehydration can also cause one. Environmental causes of migraines can include changing weather conditions, television viewing and other sources of bright light, strong odors and excessive noise. For some people, even certain foods can be a migraine trigger. These foods might include:

Lifestyle measures can also prevent migraines to some extent. If you suffer from migraines, you may want to consider the following:

If you have more than one migraine a week, or if acute migraine treatments don't help or if they give you bothersome side effects, you may want to consider talking to your doctor about a prescription migraine prevention medication. Medications that can prevent migraines include anti-epileptics, beta-blockers, triptans and some anti-depressants.