PCOS and Menopause: Can the Change of Life Cure Polycystic Ovary Syndrome?

Menopause is a permanent cessation of monthly menstruation due to a reduction in the female reproductive hormones estrogen and progesterone. This slowing of production of these hormones begins early on, before actual menopause occurs, during a period known as perimenopause.

Many women who suffer from polycystic ovary syndrome (PCOS) look forward to reaching menopause in the hope that falling hormone levels may result in some relief of symptoms. In this article, we examine whether the reduced levels of estrogen and progesterone experienced in menopause can actually redress hormonal imbalances caused by PCOS.

PCOS, or polycystic ovary syndrome, is a health condition that causes an imbalance in the reproductive hormones of a woman. This hormonal imbalance inhibits the normal functioning of the ovaries, which disrupts the menstrual cycle.

PCOS also disrupts the normal development of the egg. Sometimes, the egg may not be released as it should during ovulation. Apart from missing periods, patients experience irregular periods, the development of cysts in the ovaries and infertility. PCOS affects 5 to 10 percent of women aged 15 to 44. In fact, most women find out they have the condition when they experience problems getting pregnant. 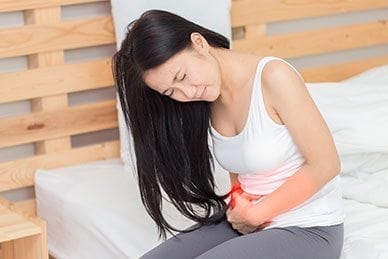 The development of polycystic ovaries is usually as a result of hormonal imbalances, i.e., excessive production of testosterone and increased insulin resistance. Disruption of the endocrine system has a ripple effect on a woman's body. In the case of PCOS, excessive amounts of insulin cause the ovaries to produce high levels of testosterone, which disrupts ovulation.

The high levels of insulin also lead to increased conversion of testosterone to estrogen, which causes the formation of ovarian cysts and affects weight gain. Excessive amounts of glucose are stored in fat cells that continue to accelerate the secretion of estrogen, which destabilizes the hormone system further.

The most common symptoms of PCOS include:

Unfortunately, reduced levels of estrogen and progesterone during menopause do not necessarily suppress PCOS symptoms. In fact, a 2011 study conducted by Schmidt showed that testosterone levels in women with PCOS only begin to fall when they reach the age of 61. What's more, DHEAS hormone, which stimulates the production of estrogen and androgen, only reaches a normal level 20 years after menopause in women with PCOS.

In fact, the male hormone testosterone increases sharply as women age, which can worsen symptoms like excessive growth of hair. The study also showed that the difference in hormonal levels caused ladies who have this condition to enter the menopausal phase at a later stage (usually two years later) compared to ordinary women. As women with PCOS inch closer to menopause, their menstrual cycle becomes more regular, but they continue to experience PCOS symptoms. As a result, women with PCOS may have a better chance of conceiving during this period.

As women with PCOS age, they may become more susceptible to PCOS-related health risks like: 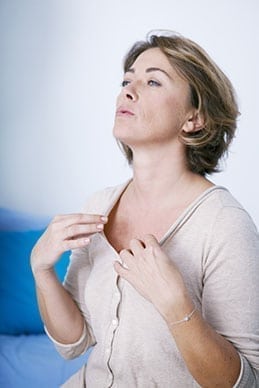 Perimenopause is the time span before menopause often characterized by irregular periods and hot flashes. During this period, hormone levels begin to change to prepare the body for menopause. Perimenopause may last for years, but it generally begins when a woman is in her early- to late-40s.

Women with PCOS experience symptoms similar to those of perimenopause like infertility, change in moods, difficulties in sleeping, thinning of the hair and weight gain. As such, it may be difficult to diagnose PCOS in women during this stage.

Making various lifestyle changes can go a long way in managing PCOS symptoms. The following are some tips for managing PCOS naturally.

PCOS and menopause result in weight gain. Regular exercise and keeping a healthy diet helps control weight. Women can achieve this by:

Avoid eating unhealthy carbs like pastries and sweetened drinks and choose complex carbs in foods made with rice, beans and whole grains.

2) Get a Good Night's Sleep

PCOS and menopause make it difficult to find sleep. To improve sleep women can:

3) Managing Unwanted Hair That May Come With PCOS