Scientists believe there may be a correlation between IBD and prostate cancer. Here, we will discuss what IBD is, the symptoms and causes of IBD, the purported link between the two major illnesses and natural ways you can protect prostate health. 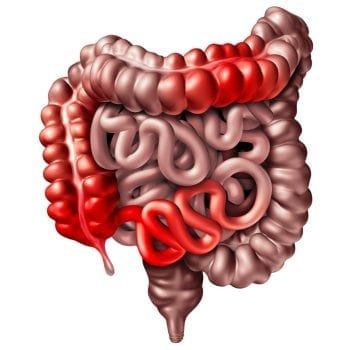 IBD is an abbreviation for Inflammatory Bowel Disease. IBD is a generic term for any malady that results in inflammation within the digestive system. There are two major ailments classified as IBD: ulcerative colitis, a buildup of ulcers inside the large intestines and Crohn's disease, an inflammation of tissue located anywhere within the digestive tract, ranging from the mouth to anus.

In many instances, both manifestations of IBD have the potential to cause significant gastrointestinal symptoms such as abdominal cramping, frequent bouts of diarrhea, decreased appetite, weight loss, bloody stools, elevated body temperature and fatigue. However, each form of IBD and its severity could precipitate a host of other less-common symptoms.

Though both types of IBD are considered chronic, stricken individuals experience symptoms during episodes known as flare-ups. These periods can last anywhere from several days to several weeks. Symptom-free periods of time are referred to as remissions.

In some cases, precipitating factors are unknown. That said, continuing research has led scientists to opine that IBD may be an immune system disorder in which the body's natural defenses attack cells and tissues within the digestive tract.

The IBD and Prostate Cancer Link

In recent times, researchers have discovered that men with IBD may also be at increased risk (perhaps five times as likely) of developing prostate cancer. Research has found that men with IBD often exhibit higher-than-normal levels of a substance known as Prostate Specific Antigen (PSA). PSA is also a marker for prostate cancer. However, there are those in the medical community who believe high PSA readings in men with IBD might occur simply due to increased systemic levels of inflammation.

Scientists representing Chicago's Northwestern University decided to examine this potential correlation more closely. Researchers studied more than 1,000 men diagnosed with IBD and more than 9,000 who did not have some form of the malady over an 18-year duration. The average age of study participants was 53 when the test began.

Researchers did indeed find that men with IBD were at five times greater a risk of developing prostate cancer. However, these same medical experts did not believe this was the result of an increased accumulation of systemic inflammation. Rather, they opined that the increased risk is more likely to be caused by a reduction of a critical internal process called immune surveillance. During this process, the immune system identifies and eliminates abnormal or malignant cells before they collect and multiply.

The Northwestern University researchers further mused that this phenomenon may be the result of specific medications prescribed to men with IBS, namely immune system suppressants. Frequent use of these drugs might inhibit the immune surveillance process thus enabling the development of prostate cancer.

These findings are important as they suggest that men with IBD, as well as those taking immuno-suppressants should receive immediate screening for prostate cancer regardless of the presence of other risk factors such as age or family history.

In certain cases, preventing the onset of cancer is difficult if not impossible. That said, there are specific steps all men, including those with IBD, can take to keep their prostates healthy and potentially lower the risk of developing prostate malignancies, including:

Eating a well-balanced diet is critical to prostate health and the possible prevention of cancer. Men with IBD or who possess other risk factors are strongly encouraged to consume greater quantities of fruits and vegetables. These products contain numerous vitamins and other critical nutrients but additionally contain antioxidants. These substances rid the body of toxins and cancer-causing agents referred to as carcinogens.

As is the case with many malignancies, smoking increases a man's chances of developing prostate cancer.

Studies have shown that routine physical activity may improve overall prostate health and decrease the risk of cancer. 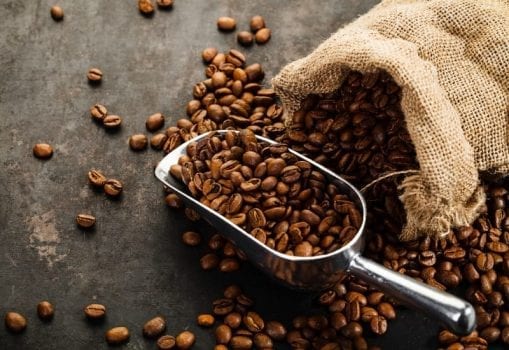 Foods and beverages with discernible caffeine contents such as coffee, tea and soft drinks are believed to irritate the prostate. Over time, this irritation could precipitate inflammation that might eventually result in prostate cancer.

Obesity has been linked to the onset of prostate cancer. Maintaining a healthy weight is vital to prostate health, as well as a feeling of general well-being.

Consuming a natural supplement that contains herbs like saw palmetto may help maintain a healthy prostate and urinary tract health, as well as boost libido.

Consult With a Physician

Men are encouraged to arrange regular consultations with their physicians if they experience any untoward or alarming symptoms. However, other factors could precipitate or exacerbate prostate problems such as stress and hormone imbalances. Controlling the impacts of these problems might also play a vital role in optimal prostate health.